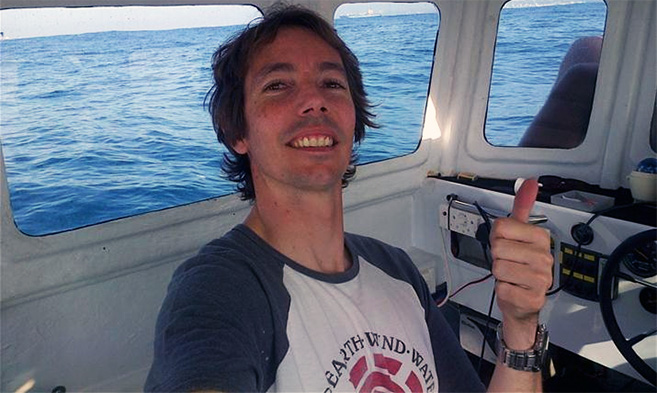 A Senior Lecturer in Geological Sciences in the School of Agricultural, Earth and Environmental Sciences, Dr Andrew Green, has received the prestigious Emerging Scientist award from the South African Network for Coastal and Oceanic Research (SANCOR).

The award, made at the recent South African Marine Science Symposium in Stellenbosch, acknowledges research excellence in a new generation of scientists in Coastal and Marine Science.

The citation for his award praised his prolific publication record, success in attracting international funding and collaboration, and his growing international reputation in the fields of Coastal and Marine Geology.

Green’s PhD, awarded in 2009, was especially praised as ‘a work that globally advanced the understanding of submarine canyons’.  In addition, the vibrant team of young postgraduates under his supervision earned praise from SANCOR as an emerging African centre of excellence in the field.

Commenting on his award, Green said: ‘I am honoured to have been recognised for something as prestigious as this. In South Africa, Marine Geology is often sidelined by the country’s focus on Economic Geology; likewise it is often overlooked within the larger South African marine science community where biology and oceanography tend to dominate.

Green’s research focus is on changing sea levels and their record in the stratigraphy and geomorphology of coastal and marine environments.  In particular, he is interested in the response of shorelines to sea level rise, as evidenced by older shorelines left behind on the KwaZulu-Natal continental shelf.

Green can be found most mornings, furiously examining the interaction between waves and the seabed along the northern beaches of Durban!