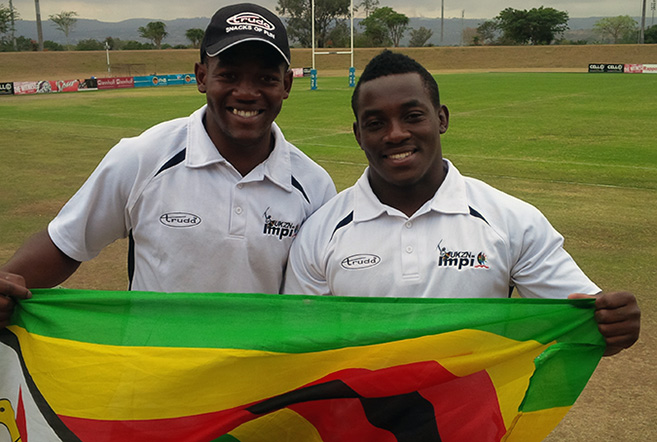 UKZN students, Matthew Mandioma and Shayne Makombe, have been selected for the Zimbabwe national squad for the Rugby World Cup qualifying tournament in Madagascar.

The Stade Mahamasina in Antanararivo, well known for its unique atmosphere, will host the tournament. The stadium has only 23 000 seats, yet more than 40 000 Malagasy regularly cram the standing terraces when their beloved Les Makis play international matches.

It has been described by SARU CEO and Varsity Cup (Pty) Ltd Chairman, Mr Jurie Roux, as one of the most vibrant atmospheres in which he has watched international rugby.

The Zimbabwe team go into camp next week and will also play a friendly against a Blue Bulls Vodacom Cup selection.

The Four Nations qualifying tournament participants are Madagascar, Zimbabwe, Namibia and Kenya. The tournament winner automatically qualifies for the World Cup, while the runner-up has a second chance in the repechage, where they will face the winner of the Germany v Russia play-off.