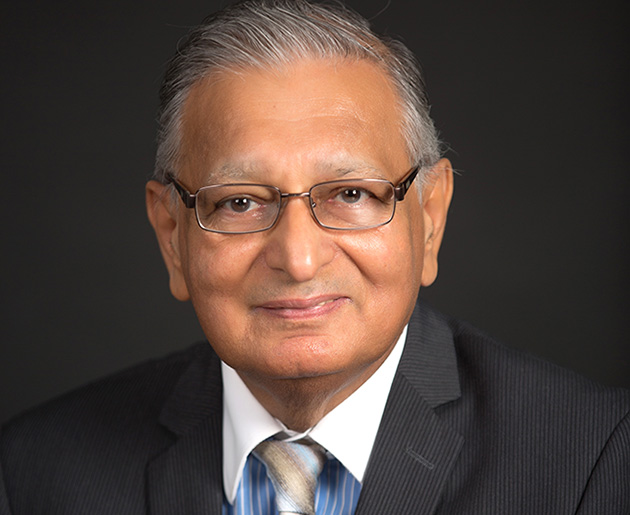 University of KwaZulu-Natal Emeritus Professor Yackoob Seedat is to be honoured with his umpteenth international award for his contribution to medicine, this time in recognition of his research in the field of hypertension in Africa.

The International Society of Hypertension (ISH) is awarding Seedat the ISH Developing World Award in Athens this month (June).

Hypertension affected eight million South Africans, Seedat said, and in sub-Saharan Africa with its population of one billion, the same was true for around 300 million people.

Seedat is also an expert in the field of nephrology, and last year was the first African recipient of the Pioneer Award from the International Society of Nephrology.

In 1990, he was bestowed with a national Order for Meritorious Service. Seedat said that the recognition from the hypertension society was particularly “prestigious”, as it was only awarded every two years on whoever the society deemed “worthy”.

Seedat, who attended Sastri College in Durban as a high school pupil, studied in Dublin as an undergraduate and returned to South Africa as a qualified doctor.

At one time, he was Head of Medicine at the former University of Natal Medical School.

Asked why he had pursued research in hypertension, Seedat said that the most important aspect of his work had been to find the causes.

Hypertension was more common in Black people living in sub-Saharan Africa than any other racial group, and only around five percent to 10 percent of the population had adequate control of their blood pressure.

There were multiple factors which caused hypertension, including excessive salt intake, obesity in middle aged Black Africans, and stress. Hypertension was a key cause of strokes, heart failure and kidney failure in people from sub-Saharan Africa.

Seedat, who is “semi-retired”, continues to lecture doctors and other healthcare workers including Nurses and Pharmacists throughout Africa.