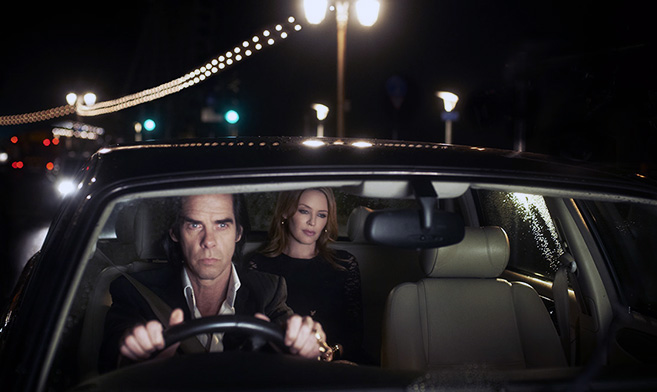 South Africa’s largest and longest-running film festival, the 35th edition of the Durban International Film Festival (DIFF) presented by UKZN’s Centre for Creative Arts, opens on 17 July running for 10 days at a variety of venues.

DIFF, a special project of the Deputy Vice-Chancellor and Head of the College of Humanities, Professor Cheryl Potgieter, is supported by the National Lottery Distribution Trust Fund.

For the first time, the Festival hub will be at the Tsogo Sun Hotel on Durban beachfront’s Gold Mile.

The celebration of world class cinema will feature 200 screenings of new films from South Africa, Africa and the world, with a number of world premiere showings.

Industry initiatives include 7th Talents Durban, a programme of seminars and workshops with notable industry figures from across the globe in co-operation with the Berlin Talents, and the 5th Durban FilmMart coproduction market in partnership with the Durban Film Office.

DIFF will reflect on South Africa’s 20 years of democracy with a focus on film which explores the many diverse facets of the nation’s history over the past two decades.

Other focus areas include African cinema, British cinema, the Wildtalk Wildlife Film Festival, Wavescape Surf Film Festival and a programme of cinema centred on architecture, in acknowledgement of Durban’s hosting of the International Union of Architects Congress at the ICC in August.

Patrons will get the chance to see Khalo Matabane’s Nelson Mandela:  The Myth and Me; Richard Linklater’s Boyhood; Mickey Dube’s One Humanity; Annalet Steenkamp's I, Afrikaner; Carey Mackenzie’s Cold Harbour; Diao Yinan’s Black Coal, Thin Ice and the Jane Pollard and Iain Forsyth movie 20 000 Days on Earth, among many others.

For the first time, the festival hub, which houses both screenings and industry events, is in the newly-renovated Tsogo Sun Hotel on the Durban beachfront.

Mr Mike Jackson, Director of Operations for Tsogo Sun KwaZulu-Natal said: ‘Tsogo Sun is proud to be associated with the forthcoming Festival and the Durban Film Mart. We see this as a fantastic opportunity to showcase Durban to national and international film producers, buyers, sales agents, broadcasters and film financiers, with great networking opportunities for local talent. We look forward to welcoming both national and international visitors to our province to enjoy the warm hospitality at our hotels.’

Festival Manager, Mr Peter Machen, is looking forward to the move, which is, according to him, ‘both strategic and practical. Both the festival and market have grown tremendously over the years and we needed to consider a venue that could accommodate the size of our current set of programmes, as well as allow for growth in line with future plans.’