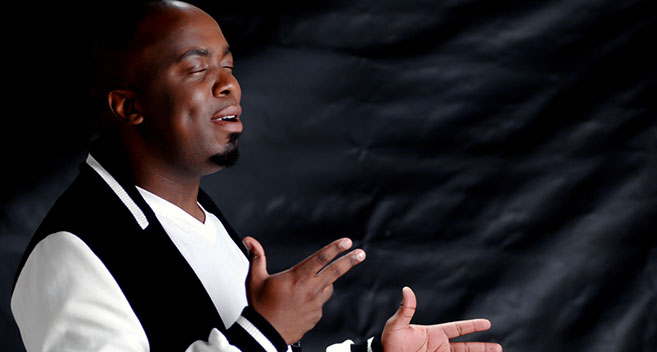 An enthralling line-up of poets from around the world wowed the audience at the opening night of this year’s Poetry Africa Festival.

Cheering, shouting, applause and outbursts of poetic clicking erupted amongst the audience as the Festival’s opening night saw 23 poets take the stage and regale the audience with their introductory poems.

The Festival, now in its 17th year, was hosted by UKZN’s Centre for Creative Arts (CCA) in partnership with the City of Durban and the KZN Department of Arts and Culture.

South African-born Irish Poet Paul Casey took to the stage first and shared his poem Learning Afrikaans in the South African National Defence Force (SANDF) which was based on his experiences. Next was Raphael d'Abdon, an Italian Scholar, Writer, Editor and Translator, who recited a poem from his collection Sunnyside Nightwalk.

Also setting the opening night stage on fire was Beninese Poet and Novelist Barnabe Laye who described his journey as a poet. ‘After reading the novel, Cry, the Beloved Country by Alan Paton, I closed the book, overwhelmed, as if I had just had an epiphany. I told myself that’s what needs to be done – writing in a simple and uncluttered language, letting the music of the words carry the ardour of the feelings, translating the fragility of the existences and the distress at the heart of the human being.’

Speaking at the event, Themba Ngcobo, Head of the eThekwini Parks, Recreation and Culture Unit, described Poetry Africa as one of the most important events of the Arts for the city of Durban. ‘This event brings people together and puts Durban in its rightful place among cities of the world,’ he said.