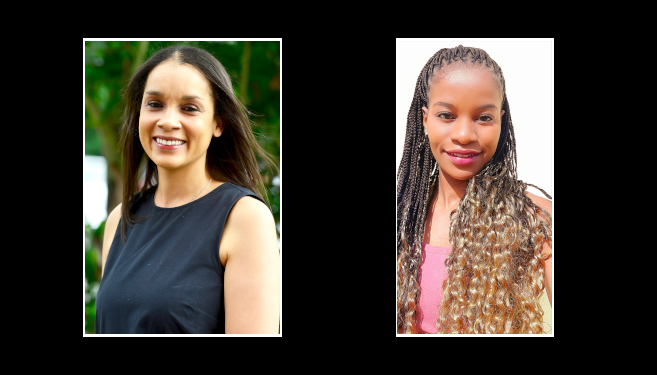 Ms Ayanda Makhaye, a Master of Commerce in Leadership Studies graduate of the Graduate School of Business and Leadership (GSB&L), and the supervisor of her master’s research project, Professor Cecile Gerwel Proches, attended their first virtual conference and presented a paper at the 26th Conference of the International Association People-Environment Studies (IAPS), which was meant to be held in Quebec City, Canada.

The IAPS is a gathering of researchers, experts and specialists in the field of people-environment studies as well as built environment.

Their joint paper titled: Bridging the Urban-Rural Gap in Facilitating Local Economic Development (LED): The Case Study of a District Municipality in KwaZulu-Natal, South Africa, was based on Makhaye’s master’s study. It highlighted the skewed levels of economic development within the district and its commitment to promoting LED. The challenges include poor prioritisation of rural areas, high levels of inequality and limited funding for LED, as well as gaps in LED planning and resource provision between urban and rural municipalities.

Recommendations include the need to support and empower rural municipalities to play a more critical role in facilitating LED within their localities; on-going interaction among all LED stakeholders; and resource sharing to enable smaller and rural municipalities to effectively approach LED planning and facilitation. The district municipality also needs to improve basic service delivery and resource provision, especially in more rural areas to enable access to opportunities, while traditional leaders need to be motivated to assist with LED facilitation. Finally, increased funding is required for LED and skills development and mentorship, the development of rural development strategies and the promotion of collaborative governance.

Makhaye said that the first day of the conference was of major interest to her as it featured the Young Researchers Workshop involving presentations on sustainability, restorative environments and caring for the elderly. ‘I found the constructive feedback given to young researchers useful as I’m currently working on attaining my PhD in the School of Management, Information Technology and Governance,’ she said.

She described the virtual conference as a great learning experience: ‘I particularly enjoyed the intensive paper sessions, finding out what researchers in other parts of the world are researching and the methods utilised. It was exciting to see how similar challenges faced by the various countries in different regions are being tackled and what recommendations are proposed.’

Makhaye presented their paper in a session on revitalisation of precarious environments and received valuable feedback through the discussions. The session chair, Professor Denise Piché from Université Laval in Quebec, Canada, commended Makhaye for her presentation and work.

Gerwel Proches said she felt extremely proud to see Makhaye presenting her master’s research at an international conference and in so doing, also showcasing UKZN and South Africa. ‘It was great to see how her work was warmly received by an international audience - the appreciation from the Session Chair was most welcome, especially when she acknowledged how critical Local Economic Development is,’ she added.

Makhaye is the Managing Director of Bantu Developments and Consulting, a consulting company that she established in 2017.