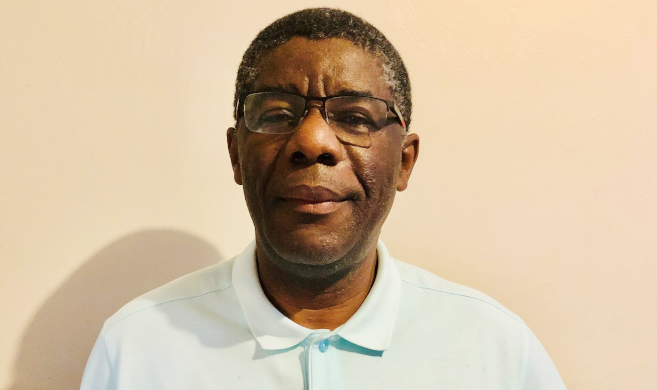 Mr Nhlanhla Mpondi graduated with a Master of Commerce in Leadership Studies.

The Airport City as a Driver of Economic Development in KZN

Director of Human Resources Management at the KwaZulu-Natal (KZN) Department of Economic Development, Tourism and Environmental Affairs (EDTEA), Mr Nhlanhla Mpondi was awarded a Master of Commerce in Leadership Studies.

His thesis, titled: The Impact of Transition of the Durban International Airport to King Shaka International Airport: The Implications for the Establishment of the Airport City/ Aerotropolis, was supervised by Dr Nomkhosi Luthuli of the Graduate School of Business and Leadership.

Mpondi has had an inquiring mind from a young age and started his professional career as a science educator in his home township, KwaMashu. After receiving a scholarship to study at the University of California in Los Angeles, he changed career paths and joined Transnet as a human resources practitioner. Fast forward to today, Mpondi is now responsible for Human Resources at the EDTEA.

His research topic was inspired by a personal interest in new socio-economic and scientific phenomena that could advance people’s lives. Dube Trade Port, an airport city in Durban is one of the EDTEA’s subsidiaries and Mpondi was interested in investigating how KwaZulu-Natal has benefited economically from the new airport.

‘I was interested in looking at sectors that are regarded as key ingredients for the province’s economic advancement like tourism, logistics, petrochemicals, clothing and textiles, agriculture and information technology and at the new airport’s impact on foreign direct investment and route development to bolster tourism growth in the region,' he said.

He noted that the provincial government’s decision to move the airport from the south coast to the north coast has resulted in an increase of the number of people employed in the airport, which has alleviated poverty in the surrounding communities. ‘Several technology companies including global brands like Samsung have settled at Dube Trade Port to join many more in diverse businesses in agri-processing, manufacturing and cargo handling logistics. The booming property business stretching from Umhlanga to Ballito has been attributed to this aviation inspired industrial hub which is also expected to promote economic transformation as formerly excluded communities are expected to be part of the mainstream growth around the precinct.’

Inspired by Professor John Kasarda, President of the Aerotropolis Institute China, Mpondi is confident that development of the airport city in Durban is indicative of South Africa’s move towards the creation of an aerotropolis similar to world class aviation complexes in Dubai in the United Arab Emirates, Hong Kong, Schiphol in Amsterdam, Frankfort in Germany, Beijing in China and other large airports around the world.

UKZN was an obvious choice for Mpondi’s postgraduate studies since research on an aerotropolis is one of its niche areas. Luthuli, whose research interests lie in this area, said that Mpondi’s study demonstrates the value of an airport city which could not have been achieved if the airport existed as a separate entity as it was when it was located in the south of Durban.

Mpondi’s quest for knowledge has rubbed off on his daughter, who works in Cape Town, and son who is studying in the United States. He also appreciates the support of his wife, Pumla Mpondi.