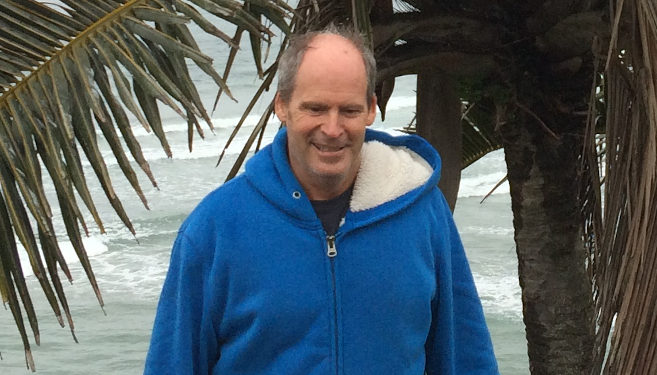 An abiding interest in social and environmental justice motivated Dr Shaun Mowat, lecturer in the School of Accounting, Economics and Finance (SAEF), to embark on a research study which earned him a doctorate in Economics.

His study, titled: Without the Land We would be like Cows: The Importance of Cultural Ecosystems Services to a Rural Southern African Community, was supervised by Dr Bruce Rhodes a senior lecturer in the SAEF.

As an environmental economist, Mowat regards cultural ecosystem services (CES) as an important source of values and livelihoods of marginalised members of society who are often left out of decision-making when it comes to the extraction of natural resources, especially in rural areas.

He was intrigued by media reports on a proposed mining project at Xolobeni in the Wild Coast region of the Eastern Cape: ‘A friend’s involvement in designating the Pondoland marine protected area provided an excuse to visit the area, and meet and talk to members of the local community. Their version of what had previously only been in media reports intrigued me. Whilst it was quickly apparent that the local community were opposed to the mining, the reasons for their opposition were of great interest.’

He points to issues surrounding non-market goods and the fact that ecosystems provide a number of services, including CES. He acknowledges that many environmental economists regard CES as an obscure category of total economic value. Mowat’s views changed when he started engaging with the community at Mtentu. Describing his journey of discovery, he said, ‘I could see that a rather narrow view of development would see the community’s rejection of the development option inherent in the proposed mining project as irrational, the situation as paradoxical. The challenge of showing that this was in fact a rational response based on what was valuable to the community appealed to me.’

Mowat’s study developed and tested methods to identify and assess these values, an important step in giving voice to communities for whom such services are a vital component of well-being. He acknowledges the effectiveness of a resistance campaign by the local community and is pleased that his research could make a small contribution to community involvement in future decision-making.

Mowat is grateful for the financial support provided by the National Research Foundation, which enabled him to focus on completing his study. He is also indebted to his family for their support and looks forward to spending quality time with them.

Rhodes congratulated Mowat on his achievement and said that the results of this research call for more deliberative approaches that encourage fairer and more informed resource allocation decision making.