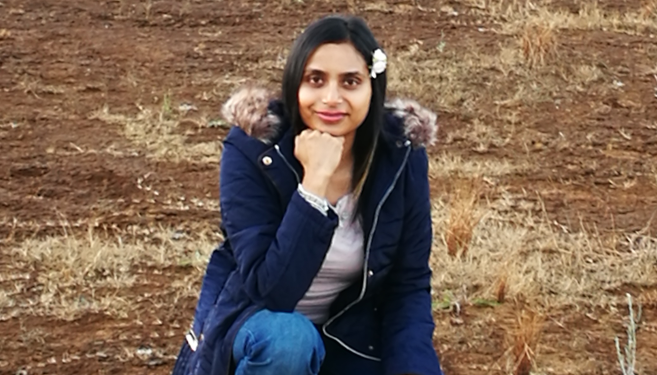 When Durban-based Professional Nursing Sister, Ms Marilyn Arran decided to pursue studies towards a Bachelor of Laws (LLB) degree in 2015, she thought it would be simple juggling work and after-hours studies.

However, she had to endure many life-changing experiences. As a born-again Christian, she believes that the grace of God enabled her to complete her degree.

Her journey started smoothly with her excelling academically in the first two-years of study while she was in full-time employment. ‘I had received a Dean’s Commendation and an award for the top first-year student,’ she recalls. The first obstacle occurred in the second semester of second-year when her academic performance declined due to an increase in her academic and professional work load. With her mind set on completing her studies, she decided to resign from Nursing.

Leaving work resulted in financial difficulties which put a strain on her marriage. She suffered alone as she could not turn to her family due to her Christian beliefs. She was forced to relocate three times, which had a negative effect on her studies and cost her an opportunity at an international law firm in Durban. Two weeks before writing her final examinations, she suffered burns to her face due to an accident.

‘There were times when I suffered from depression. I was on the verge of giving up and even close to committing suicide, but the Lord was with me every step of the way and saved me,’ said Arran.

Arran acknowledges the support she received from many people who were close to her during her studies. She also found it therapeutic to sing worship songs.

Having completed her studies in four and half years, she is back at work as a midwife at St Augustine’s Hospital. With her newly acquired degree, she plans to advocate for human rights. ‘After my experience, I’m interested in helping the vulnerable in society. We don’t know about the struggles that people are silently facing alone. I would like to reach out and let them know that there is hope. I believe that I can inspire others to do better through my testimony.’

Arran is thrilled with her academic achievements and the fact that her relationship with her family has improved. She advises students facing similar challenges to persevere, trust in the Lord and focus on the goal.