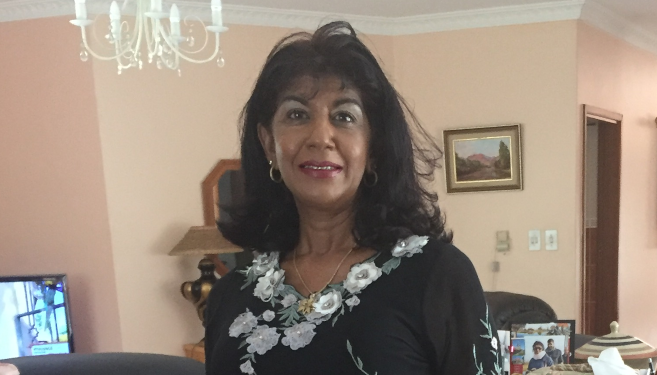 Deep awareness of the plight of children in South Africa motivated 59-year-old social worker, academic, mother and grandmother, Ms Vanitha Ramiah, to research poverty and patriarchy as significant contributors to the sexual abuse of children.

Her supervisor, Law lecturer Ms Rowena Bernard congratulated Ramiah and described the study as a relevant contribution to the development of South African law. ‘Child sexual abuse has a long history and is a challenge internationally and nationally. This is due to the vulnerability of children who have a subordinate status in society and whose voices are heard through an adult. Ms Ramiah’s dissertation focuses on the social and legal aspects of child sexual abuse in South Africa. In particular, she addresses two contributory factors that have led to the increase in child sexual abuse, that is, poverty and patriarchy,’ said Bernard.

Ramiah hopes that her research will serve as a catalyst towards changing the patriarchal mind set of a male dominated society, improve levels of awareness about child sexual abuse and facilitate the formulation of strategies to address poverty and patriarchy. ‘I continue to promote the reporting of child sexual abuse cases in circumstances where male domination obstructs such reporting in many households. I have a long journey ahead and will continue to make a difference in the care and protection of children in our country,’ she said.

Her career in social work includes accreditation as a debt counsellor and human resources practitioner, and she has skills in play therapy techniques, having attended the International Play Therapy Conference in Ireland. Ramiah is also accredited by the Irish Association of Social Workers: ‘I recently completed a legal training course at Trinity College (Dublin) on the care and protection of children in Ireland.’

She expressed concern about the possible negative effects of the COVID-19 pandemic lockdown on vulnerable children and plans to explore this area as a research topic in the near future.

Ramiah lives a balanced life, which includes a daily exercise regime and sound religious principles. She co-ordinates the Care4U Ministry at Kloof Catholic Church and has travelled widely overseas, which has exposed her to many cultures. In 2018, she completed walking the Camino De Santiago in Spain, a UNESCO endorsed Heritage Walk. ‘I have also travelled to Iceland to undertake glacial hiking,’ said Ramiah.