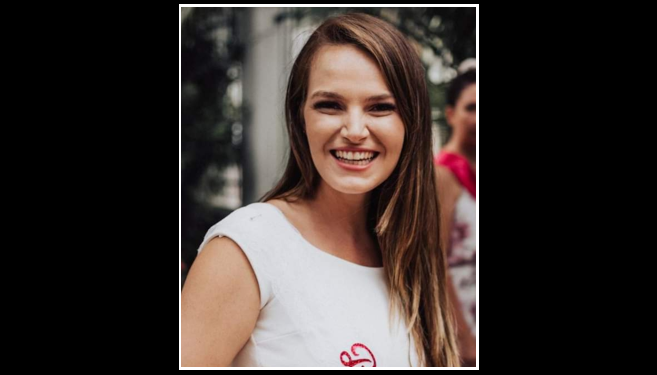 Top of the Class for Bachelor of Sport Science Graduate

‘This accomplishment was not expected, but I am honoured because I worked hard and tried to improve each year,’ said Mrs Casey Lee van den Berg after she graduated with a Bachelor of Sport Science Honours (Biokinetics).

She also received her Discipline’s two awards, the Academic and Clinical Trophies.

‘I decided to study Biokinetics because it allows me to help people and make a difference while doing what I love,’ she added.

She described UKZN as an ‘amazing university. I had incredible lecturers who were so passionate about their work and went above and beyond to help us succeed in every way possible.’

She spoke fondly of her mentor and friend Mr Siya Shezi, who helped her through all her years of study.

After completing matric in 2013, van den Berg moved from Pietermaritzburg to Durban to study for a two-year diploma in fitness at ETA College, where she specialised in exercise for the elderly, pregnancy and children. ‘While I was at ETA, I was lectured by biokineticists who inspired me to study biokinetics. I started at UKZN in 2016 and worked part-time until my honours year.’

She is currently completing her internship at a private practice in Ballito and hopes to start her own practice one day.

Van den Berg notes that young adults confront many challenges. ‘Finding a balance between studies, personal life and faith was probably the most difficult for me.’

She said that having a strong support system of family and friends helped her through her years of study.

The 24-year-old grew up in Pietermaritzburg, where she lived with her parents and younger brother. ‘My parents have recently started their own business and my brother is in the process of moving to Pretoria for work,’ she said. She currently lives near Ballito with her husband of two years so that she can be closer to work. Her hobbies include CrossFit, yoga, reading and baking.