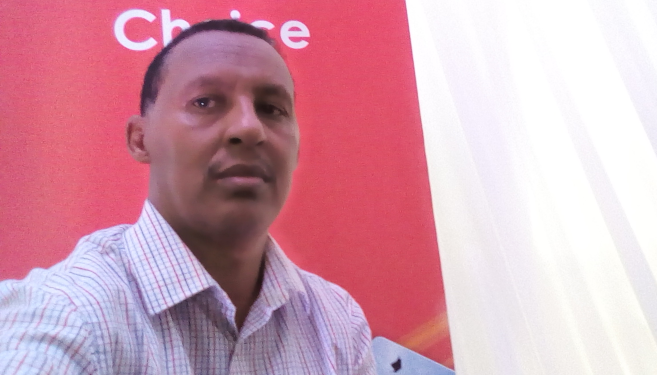 Supervised by Professor Johan van Heerden, the study concluded that, while social engagement was a strong motivator, inaccessible built environments, time constraints and a lack of engagement were significant barriers to participation in physical activity.

‘Aside from the lack of facilities and adaptation of the environment to be “disability-friendly”, the main barrier to participation in physical activity among people with disability is the same as for most abled-bodied people, namely, finding the time to train and exercise,’ explained Basha.

One of the participants in Basha’s study, was Gemechu Dinsa an Ethiopian para-athlete who won a Bronze Medal in the 2019 World Para-Athletics Championships in November 2019 in Dubai. The 1 500m race in the T46 category is for athletes who have lost one arm from an amputation at or below the elbow joint, with normal function in both legs.

‘All things considered, this was an exceptional achievement because, although the number of people with disabilities in Ethiopia is very large, participation in adapted physical activity is very limited, with very few representatives in the all African Para-games and Paralympic games,’ said Basha.

He is currently focused on publishing the results of his study, and also plans to study physical activity in other types of disability, such as autism.

He recently moved to the west part of Ethiopia, in Oromia region and lecturers at the Wollega University College of Natural and Computational Science’s Department of Sport Science.