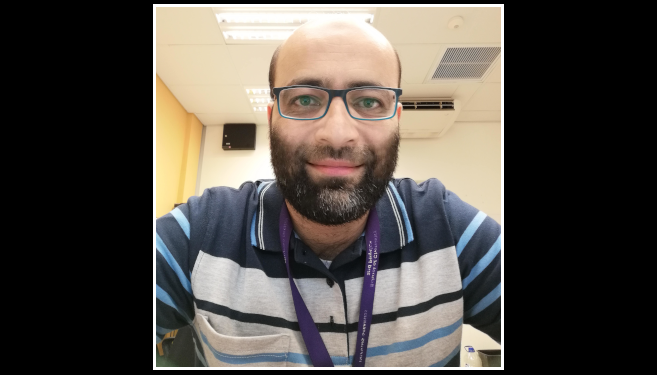 ‘I identified several eco-friendly alternatives. In addition, in collaboration with a company in the United Kingdom that specialises in developing polymeric support, we developed various resins with various functionalities for SPPs as well as for chromatographic separation,’ explained Al Musaimi who is a Jordan national.

‘Due to their biological activity, peptides are gaining considerable attention as promising potential drug candidates. Based on the pioneering work on peptide synthesis by Merrifield Bruce in 1963, SPP synthesis emerged as a method of choice for the preparation of these compounds due to the straightforward nature of the procedure, and the high purity and yield of the target product,’ said Al Musaimi.

He added that this methodology is undergoing continuous manipulation to enhance its efficiency and to comply with rules set down by regulatory agencies.

‘The introduction of automatic synthesisers (especially microwave-assisted ones) also greatly facilitated the process by reducing the time and amount of chemicals required for the synthetic process,’ said Al Musaimi.

‘Furthermore, this development has facilitated access to peptides that were difficult to synthesise using conventional methods. The greatest concern relating to SPP synthesis is its dependence on non-green solvents in various steps, including the washings. This implies a huge amount of chemical waste. Consequently, it is timely to re-evaluate these processes, as well as the chemicals involved, with respect to their impact on the environment and human health.’

The study successfully introduced several green solvents for various steps of the synthetic process. ‘Cyclopentyl methyl ether was used as a green precipitating ether for the replacement of hazardous ethers like diethyl ether and tert-butyl methyl ether. In addition, 2-methyltetrahydrofuran proved to be a good alternative to the hazardous dichloromethane for the incorporation of the first amino acid onto Wang and 2-chlorotrityl chloride resins,’ he explained.

The efficiency of the amino acid incorporation was exemplified by loading, racemisation, and dipeptide formation tests, while that of precipitation was monitored through the purity and percentage yields of the final product.

‘We have also proposed a standardised method for determining the incorporation yield of the first amino acid onto the resin, rather than using the non-standardised approach.’

Al Musaimi hopes to secure a position in academia or industry where he would be able to apply his knowledge.