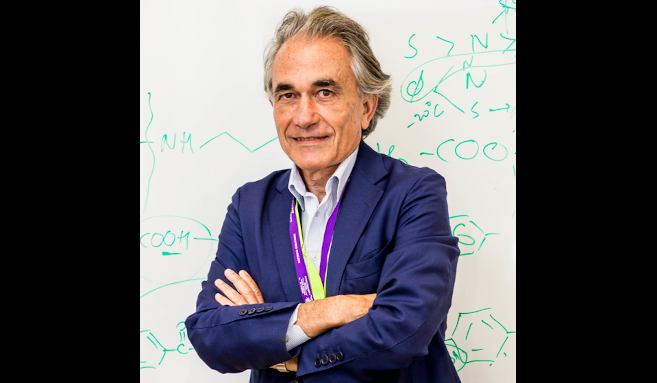 Professor Fernando Albericio, a researcher in the School of Chemistry and Physics (SCP) respected for his work on short chains of amino acids known as peptides, has again obtained an A2 rating from South Africa’s National Research Foundation (NRF).

The rating recognises Albericio as a leading international scholar in his field whose research outputs demonstrate high quality and significant impact.

Dean and Head of the SCP Professor Ross Robinson congratulated Albericio on what he said was ‘a wonderful achievement.’

Feedback Albericio has received included an indication he is among the top three experts in his field worldwide, while another reviewer suggested that the researcher has yet more important work to do. One reviewer pointed out the significant impact of Albericio’s contributions on the science of chemical synthesis of peptides - most peptides synthesised around the world are based on technology developed by his research group at UKZN.

‘I am particularly proud of this reward, because this time the work of the Peptide Science Laboratory at UKZN has been evaluated and recognised,’ said Albericio. ‘After almost eight years working at UKZN we have been able to create a laboratory with a special focus on the synthesis and application of peptides.’

Albericio hopes this rating will signify the consolidation of the Peptide Science Laboratory and pave the way for the establishment of a Peptide Chair to solidify UKZN’s position in the Peptide Hub worldwide. He believes this development would recognise the work of the group as a whole, which comprises more than 20 people, including masters and PhD students, post-doctoral fellows, and the co-principal investigator, Professor Garcia de la Torre.

Personally, Albericio hopes this rating will extend the time he can spend at UKZN.

Albericio features regularly among UKZN’s Top 30 published researchers and has more than 950 scientific papers to his name. He has co-authored four books, is Editor-in-Chief of several scientific journals, and sits on the editorial board of others.

Albericio has been a research professor at UKZN since 2012, distinguishing himself in his work on peptides with his investigations focusing mainly on peptides with therapeutic activities that contribute to advances in the treatment of cancer and infectious disease. He helped establish UKZN’s Peptide Science Laboratory - the only laboratory in South Africa devoted to the synthesis of peptides with pharmaceutical purposes.

He has earned considerable international recognition for his work, receiving the 2019 Murray Goodman Scientific Excellence & Mentorship Award from the American Peptide Society.

Originally from Spain, Albericio received his PhD in Chemistry from the University of Barcelona and completed postdoctoral research in the United States and France. His academic career includes two stints at the University of Barcelona, punctuated by serving as the Director of Peptide Research at Millipore in Boston. For 12 years, he was Group Leader at the Institute for Research in Biomedicine in Barcelona, and he was founding Rector of Yachay Tech in Ecuador.

Albericio has supervised or co-supervised 72 PhD students and more than 70 masters students. An accomplished inventor and innovator, his approach to his work involves the combination of teaching and research with a strong vocation for the transfer of knowledge from research to society.

He has filed more than 60 patents for peptide synthesis approaches and applications and his group is investigating new methods of drug delivery and diagnostics through peptide synthesis, successfully developing more than 30 commodities for the market.

Albericio promotes entrepreneurship and innovation, having founded and served as the General Director of the Barcelona Science Park, which led to the establishment of almost 100 start-up companies.

He is currently working on the development of BioDurban, a biotechnology incubator, and serves on the board of directors of several companies and foundations.