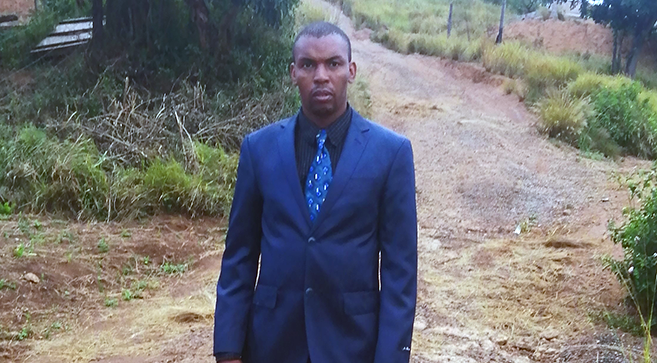 No One Road to Success - PhD Graduate

If at first you don’t succeed, try again is the maxim of Dr Thokozani Ngema.

‘There is no one road to success. You must find your own route,’ he said of his achievement.

‘UKZN is one of the highest-ranking universities on the continent, it was my passion to study here.’

In both his PhD as well as his MSc, Ngema’s research focused on desalination – the removal of salts in seawater and industrial wastewater – using a new technology called gas hydrate.

‘The gas hydrate was formed using fluorinated refrigerants as well as the presence of a promoter,’ he said. ‘Finally the equation of state was developed, namely, the Hydrate Electrolytes Cubic Plus Association (HE-CPA).’

After having been warned about the difficulties of this area of study, Ngema persevered and sacrificed time and energy day and night as he had his mind set on achieving his goal.

Ngema is currently at DUT where he lectures thermodynamics, among other modules.  He plans to pursue an academic career and become a professor and supervise his own masters and PhD students.  He would also like to work in industry and take an active role in community projects.

Ngema thanked his supervisors, Professor Deresh Ramjugernath, Professor Amir Mohammadi, Professor Prathieka Naidoo, Dr Suresh Ramsuroop and Mr Siyabonga Buthelezi for playing an important role in getting him to where he is now as well as Higher Degrees Officer Ms Ausie Luthuli for her warm-hearted encouragement.