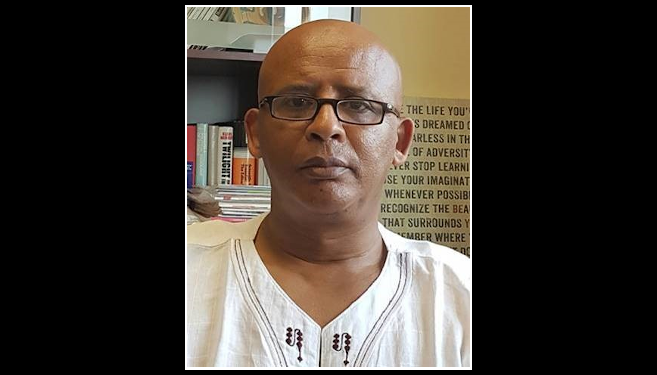 COVID-19 – A Vindictive Messenger for Multilateralism

The COVID-19 pandemic has shattered the deep-seated notion of the invincibility, supremacy and affluence of the Goliaths of the world. The power of the invisible virus has not only demonstrated our collective vulnerability, but has humbled the most powerful nations, their people and their institutions.

This pandemic mercilessly and indiscriminately strikes at a time when the new world order, as peddled by its most powerful architects, has been dangerously marching towards unilateralism. Enter COVID-19: the infinitesimal multilateralist, which brought together the gigantic unilateralists in a search for redemption.

The reign of unilateralism

In the past few years, we have witnessed the emergence of unilateralism, nationalism and provincialism around the world. Countries which have for long championed vigorous multilateral views and deeds have been increasingly challenged by internal issues which tend to be disproportionately inward-looking.

The simplistic, but populist, view that a country’s internal problems reside external to its borders has slowly trickled into the psyche of many countries and has in effect, muscled out multilateralist views and principles.

Some countries have gone so far as to restrict and block the movement of students and academics, riding on the sentiments of vocal internal political forces. We have witnessed travel embargoes on multiple countries, a number of them in Africa. Others are selectively permitting migration into their territories but only to those with high-end skills and knowledge, stealthily siphoning off experts and resources, which make them more globally competitive.

In a book chapter I wrote in 2008 on, Higher Education in Africa: The Dynamics of International Partnerships and Interventions, I articulated that the common agendas that bind countries together and the common challenges that confront them in the shrinking global village increasingly necessitate serious and equitable partnership between all stakeholders.

The environment, climate, health, energy, migration, peace and global security, to name some key concerns, are no longer amenable to solutions conceptualised only within national jurisdictions or confined by artificial political boundaries.

I further noted that more than ever before, there is a need for new and sustainable forms of global and regional engagement that are mutually beneficial, in order to address these common issues.

Microsoft founder, Bill Gates has stated that the COVID-19 pandemic ‘is reminding us that we are all connected and something that affects one person has an effect on another. It is reminding us that the false borders that we have put up have little value as this virus does not need a passport.’

A wealthy, safe, secure and healthy island surrounded by a massive landmass of poverty, war, violence and disease has increasingly become an illusion. COVID-19 may be a vindictive but effective messenger.

African Higher Education – The challenge ahead

For more than a decade, Africa has witnessed both expansion and some level of revitalisation of its Higher Education sector. During this period many African economies have shown steady growth; indeed, half of the fastest-growing economies are reported to be in Africa.

Africa’s growth performance, which stood at 3.4% in 2019, was expected to climb to 3.9% in 2020. This may now remain a dream as the global economic depression is likely to devastate its economy and its institutions, including Higher Education.

The effect on Higher Education will likely mainly be felt on two grounds: firstly, a precipitous decline in government subventions to Higher Education due to weak revenue and income; and secondly, a comparable drop in commitments from development partners, largely to research, upon which African Higher Education has been unduly and disproportionately dependent.

In light of the impending economic realities, it is important to underscore the key role of Higher Education in the global development discourse. A strong medical institute that undertakes life-saving research for its immediate population needs to be construed as protecting others globally from similar pandemics such as Ebola, Bird Flu and COVID-19.

Similarly, building and sustaining a strong forestry institute that plays a key role in afforestation schemes in the Global South needs to be construed as catering for all in the world. The carbon footprint comes to mind. Supporting a space science institute in the Global South to help predict rainfall patterns more accurately is as much in the interests of the Global North.

By producing more harvest, not only will countries feed their own populations, they will have more to provide to the world and, in so doing, will minimise poverty, conflict and violence. They will also help to contain mass migration – a serious concern of the Global North.

There is the impending danger that Higher Education may once again be side-lined as a luxury that African countries can least afford when it should continue to garner support on a priority basis to help overcome challenges like COVID-19 and many other human-made problems and natural disasters.

In light of this reality, the appeal to institutional egalitarianism has to give way to institutional differentiation. Countries need to ring-fence their flagship universities and key research institutions for undiminished support to ensure their survival, if not their growth. Every crisis creates an opportunity, and this may be an opportune time to adopt some unpopular and unconventional, but realistic, measures.

In a recent column in the Financial Times on the need for global partnerships, Ethiopian Prime Minister and Nobel Peace Prize Laureate Dr Abiy Ahmed wrote that, ‘There is a major flaw in the strategy to deal with the coronavirus pandemic. Advanced economies are unveiling unprecedented economic stimulus packages. African countries, by contrast, lack the wherewithal to make similarly meaningful interventions. Yet if the virus is not defeated in Africa, it will only bounce back to the rest of the world.’ He described this strategy as myopic, unsustainable and potentially counter-productive.

Quite a lot has been written about the ethos of international collaboration in the interests of sustainable development, peace and the security of the global community. However, there is little to show for it. Yellow fever kills up to 60 000 people every year and malaria kills 500 000. Night blindness afflicts 2.55 million children every year in Africa alone.

Poverty, war and conflict kill millions more. In effect, many COVID-19s – ruthlessly and selectively – strike Africa every year without the world seriously caring. The time has come to push the pendulum back.

In an article on the proliferation of African summits and the role of universities, I noted my longstanding resistance to donor-recipient phraseology, on the grounds that there is no donor who is not receiving and there is no recipient who is not giving.

This phraseology continues to dominate the landscape, presumably because what is considered to be donated or received is inequitably claimed, inappropriately monetised, and unfairly expressed. The prevailing discourse must change in the interests of healthy, meaningful and sustainable global development, with Higher Education at the centre of it.

In bequeathing his colossal fortune to the Gates Foundation, Warren Buffet, one of the richest people in the world, reportedly urged Bill and Melinda Gates to “swing for the fences”.

How many more deaths and devastation need to occur before we trigger an all-inclusive and truly global plan to swing for the fences, along the lines of the Marshall Plan, to save the world and humanity as a whole?