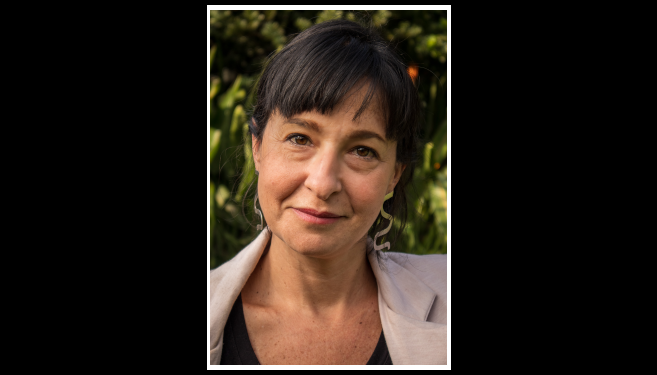 Is Absolute Free Speech a Plague in the Time of Coronavirus?

The two countries are vastly different in many ways – and I’m no epidemiologist so I can’t pretend to know why the virus spreads (or affects) the way it does. I’m also no economist so I won’t weigh in on whether lockdowns are the right way for countries to respond. But I am a philosopher who has long been interested in freedom of expression, particularly in the different approaches to this very important democratic right taken by the US and SA.

On 5 March, South Africa announced its first case of coronavirus and introduced “social distancing measures”. Less than two weeks later, just before the three-weeks (extended to five weeks) lockdown began, the government announced regulations in terms of Section 27 (2) of the Disaster Management Act: ‘Any person who publishes any statement, through any medium, including social media, with the intention to deceive any other person about — (a) Covid-19; (b) Covid-19 infection status of any person; or (c) any measure taken by the Government to address Covid-19, commits an offence and is liable on conviction to a fine or imprisonment for a period not exceeding six months, or both such fine and imprisonment.’ (https://www.gov.za/documents/disaster-management-act-regulations-english-afrikaans-18-mar-2020-0000)

What was happening in the US around the same time?

9 March was a red letter day: the US reached 717 cases (an increase of 153 from the previous day) and 26 deaths (an increase of five) (www.worldometers.info/coronavirus). This was the same day that Fox News’ Sean Hannity referred to the virus as a “new hoax” and the broadcaster’s Trish Regan described the pandemic as the “Coronavirus Impeachment Scam”, calling it an ‘attempt to demonise and destroy the president, despite the virus originating halfway around the world.’ (www.berkshireeagle.com/stories/letter-free-speech-and-fox-news,601768)

To be fair, Regan was taken off air soon after and Hannity is now denying that he ever used the word “hoax” in the face of criticism of the news channel. In an open letter to Fox, Corporation Chair Rupert Murdoch and Fox Corporation CEO Lachlan Murdoch, concerned journalists and professors of journalism wrote that the ‘misinformation that reaches the Fox News audience is a danger to public health. Indeed, it is not an overstatement to say that your misreporting endangers your own viewers — and not only them, for in a pandemic, individual behaviour affects significant numbers of other people as well.’ (https://medium.com/@journalismprofs/open-letter-to-the-murdochs-9334e775a992)

Unfortunately, it seems that the damage was already done: a Pew Research Center poll conducted from 10-15 March found that 56% of Fox News viewers agreed that the media had “greatly exaggerated” the risks of the coronavirus outbreak compared with 24% of CNN viewers and 12% of MSNBC viewers. The poll also found that just 27% of Fox viewers thought the coronavirus was a “major threat” to US public health. (https://www.pewresearch.org/fact-tank/2020/04/08/five-facts-about-fox-news/)

But whereas Fox is apparently coming out guns blazing (of course they are) at those bringing lawsuits against them (such as WASHLITE’s one which accuses Fox of acting ‘in bad faith to willfully and maliciously disseminate false information denying and minimising the danger posed by the spread of the novel Coronavirus).’ Geraint Crwys-Williams, chief business officer, Primedia Group and acting CEO, Primedia Broadcasting recognises the importance of ‘accountable and credible media…to circulate correct information on Covid-19.’ WhatsApp and Instagram are also trying to limit the spread of “fake news”, taking responsibility for their role in helping to fight the pandemic. And as of 9 April 2020, seven people had been arrested in South Africa for contravening the “fake news” regulations. (https://www.bizcommunity.com/Article/196/15/198757.html)

Like most liberal democracies, SA and the US have constitutional provisions dealing with – and protecting – freedom of expression. Section 16 of the South African Constitution in Chapter 2 of the Bill of Rights states that ‘Everyone has the right to freedom of expression, which includes freedom of the press and other media; freedom to receive or impart information or ideas; freedom of artistic creativity; and academic freedom and freedom of scientific research.’ What is significant is that the clause on freedom of expression is immediately followed by certain limitations: ‘The right in subsection (1) does not extend to propaganda for war; incitement of imminent violence; or advocacy of hatred that is based on race, ethnicity, gender or religion, and that constitutes incitement to cause harm.’

It could be argued that the South African government has overreached in criminalising the act of spreading fake news. After all, claiming that we shouldn’t participate in COVID-19 testing because the “swabs were contaminated” or that COVID-19 “only affects rich people” isn’t a) propaganda for war, b) incitement of imminent violence, or c) advocacy of hatred based on race, ethnicity, gender, or religion, and that constitutes incitement to harm. While these FALSE claims could indeed cause harm (people could refuse testing, poorer people could ignore symptoms), the harm is not related to the protected categories.

To justify the decision, the South African government could appeal to the general limitation clause (section 36) that states that rights may be limited by a law of general application that is ‘reasonable and justifiable in an open and democratic society based on dignity, freedom, and equality.’ Given the threat that COVID-19 poses to South Africa, the limitation on the right to disseminate false information about it that may increase people’s risk of contracting or spreading the virus, seems reasonable.

Things appear more complicated in the US. The First Amendment of the US Constitution states that ‘Congress shall make no law respecting an establishment of religion, or prohibiting the free exercise thereof; or abridging the freedom of speech, or of the press; or the right of the people peaceably to assemble, and to petition the government for a redress of grievances.’

The First Amendment is believed to prevent the government from restricting expression no matter its ‘message, its ideas, its subject matter, or its content’ (Thurgood 1972). It has been said that it ‘operates to protect the inviolability of a marketplace of ideas’ (Harlan II 1971). (https://www.mtsu.edu/first-amendment/article/1028/viewpoint-discrimination)

Unfortunately, while the marketplace of ideas ‘holds that the truth will emerge from the competition of ideas in free, transparent public discourse’ (https://www.mtsu.edu/first-amendment/article/999/marketplace-of-ideas), this hasn’t necessarily happened in the US. The nineties and noughties brought us the Jerry Springer Show, Judge Judy, and Dr Phil – shows that were outrageous but accepted as entertainment. Now we have Fox News – but outrageous is so normalised that some people just accept it as truth. Part of the problem is that the rise of TV-on-demand, the internet, and social media means that the “marketplace of ideas” is open to manipulation: algorithms curate the information and ideas we are exposed to, so instead of challenging our beliefs, they entrench them – regardless of their quality. And it is quality that should determine the take-up and life-span of an idea: not politicians or media moguls.

However, not only is it possible to limit the First Amendment right, there is precedent to do so. In Schenck v United States 249 US. 47 1919 the Supreme Court unanimously ruled in favour of an abridgement of free speech on the basis that ‘the most stringent protection of free speech would not protect a man falsely shouting fire in a theatre and causing a panic. [...] The question in every case is whether the words used are used in such circumstances and are of such a nature as to create a clear and present danger that they will bring about the substantive evils that Congress has a right to prevent.’ (https://www.law.cornell.edu/supremecourt/text/249/47)

It could be argued that the answer is not to curtail free speech, but conversely, to expand it. One might say that limits could lead to politicians’ subjective decisions on what constitutes “truth” prevailing, and being used to criminalise dissidents. My response would be that this is why we have a separation of powers – it should be up to the members of the judiciary to decide whether constitutional limitations are necessary – not politicians who may be guided by whether a decision is popular rather than prudent.

Fox News presenters’ failure to provide truthful coverage of the seriousness of the COVID-19 pandemic could be considered as constituting “a clear and present danger” to its viewers, to Americans, and to people around the world. It remains to be seen how costly their loose lips will prove to be. Let us hope that South Africans take care not to be infected by the same scourge that plagues the land of the (dangerously) free.

Dr Heidi Matisonn is a lecturer in Philosophy and Academic Leader for Teaching and Learning in UKZN’s School of Religion, Philosophy and Classics. She specialises in moral, political, and legal philosophy as well as bioethics and is particularly interested in the subject of taboo.