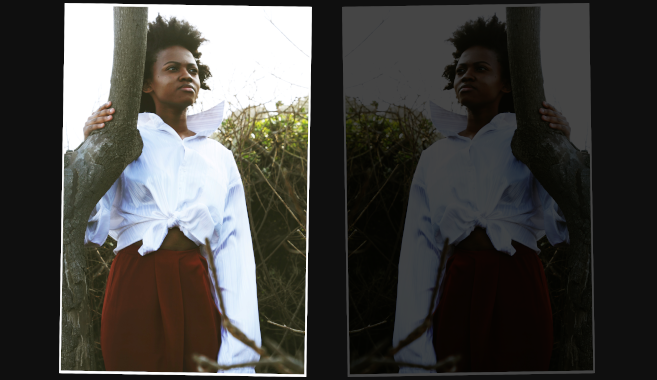 Tsholofelo who performed at the Jazz Centre’s online concert.

UKZN’s Centre for Jazz and Popular Music (CJPM), in conjunction with iSupport Creative Business, is screening a weekly concert featuring three artists who each present a 20-minute set.

The cost to get the shows is R30 - on proof of payment viewers receive a link to the performance. Revenue goes directly to the artists to help support and sustain them through these difficult times.

‘We take great pride in our curation of these concerts to ensure the broad range of music on offer is of a consistently high standard,’ said Jazz lecturer and CJPM Manager Mr Neil Gonsalves. ‘We prioritise good quality with regard to audio, video and, of course, performance.’

Gonsalves noted that like many other performance venues in the world, the Centre for Jazz and Popular Music and iSupport Creative Business had to suspend their live weekly concerts due to the COVID-19 outbreak and measures put in place to contain the virus.

‘One of the consequences of the social distancing measures in place is that it effectively paralyzes the entertainment industry, both locally and abroad,’ said Gonsalves. ‘Artists and various players in the sector are looking to technology and social media as a potential stopgap measure that could offer practitioners some financial recourse in the face of months of work that evaporated in a matter of days.’

Their second and most recent concert in the series featured well-known double bassist Lex Futshane who presented original compositions and arrangements of some local and international standards.

The concert also featured Bandless, a performance art collective whose members are from various parts of South Africa. Bandless is not a band per se, rather identifying themselves as an artistic comradery, which encompasses fine art, drama and live music. Their craft is a sonically mirrored reflection of society’s past, present and future.

Vocalist and guitarist Tsholofelo was also on the bill, performing originals from her debut album titled: Becoming, which ‘explores the notion of home as a feeling recognised within self and within others, as opposed to home as a physical structure.’

Her music explores her identity as a woman and individual learning about life and love while reflecting on who she was, her upbringing and home environment. In no particular genre, she articulates her journey through a blend of different styles while remaining sonically cohesive.

Musicians who want to perform in the shows should submit a video created especially for the concert, preferably a solo performance or small ensemble in this time of social distancing. Artists may also submit previously recorded videos not widely available on the internet, and part of a personal archive.

Videos should be sent to marlyn@isupportdoyou.com.