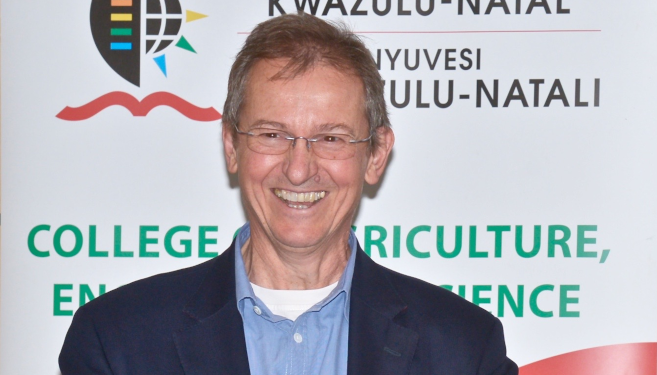 Professor Francesco Petruccione, the South African Research Chair for Quantum Information Processing and Communication (QIPC) and founder of UKZN’s Centre for Quantum Technology, has been appointed the interim Director of the National Institute for Theoretical and Computational Science (NITheCS) as of the first of April.

Speaking of his appointment, Petruccione said, ‘Today, amidst the global and local crisis of the COVID-19 pandemic, this comes with extraordinary challenges.’

Speaking of the transformation of the NITheP to the NITheCS, Petruccione explained that the theoretical physics community is now embracing other theoretical and computational sciences.

‘We have the necessary expertise and tools to re-invent ourselves, as an online community in the spirit of the Fourth Industrial Revolution, by moving swiftly and adopting new ways of connecting and sharing,’ he said.

Petruccione believes this transition will lead to positive evolution in the organisation that will be exemplary to other institutes, challenging them to innovate, even in times of crisis, as new opportunities arise.

‘[Petruccione’s] words indicate a commitment to UKZN, and to national and international endeavours to change and make us ready for the Fourth Industrial Revolution,’ said Deputy Vice-Chancellor and Head of the College of Agriculture, Engineering and Science, Professor Albert Modi.

Petruccione, a Professor of Theoretical Physics at UKZN since 2004 and Pro Vice-Chancellor for the University’s Big Data and Informatics Research Flagship, previously served as a Deputy Director of NITheP. He is also Adjunct Professor in the School of Electrical Engineering of the Korean Advanced Institute for Science and Technology, an elected member of the Academy of Sciences of South Africa, a Fellow of the Royal Society of South Africa and a Fellow of UKZN.

Petruccione established the Centre for Quantum Technology in 2005 with an Innovation Fund grant. The Innovation Fund also awarded a grant to support the Centre’s work on quantum cryptography, part of which involves the realisation of a quantum key distribution system by Petruccione. The Centre’s vision includes stimulating the development of a QIPC industry in Durban and KwaZulu-Natal.

A prolific researcher, Petruccione has published about 250 papers in refereed scientific journals, co-authored a monograph on The Theory of Open Quantum Systems that has garnered more than 7 000 citations, and published a monograph with Dr Maria Schuld on Supervised Learning with Quantum Computers. He is the editor of several conference proceedings volumes and of special editions of scientific journals, and a member of the Editorial Board of the journals Open Systems and Information Dynamics, Scientific Reports, and Quantum Machine Intelligence. His research has made important contributions to the development of the theory of open quantum systems, which forms the basis of many quantum information technological applications.