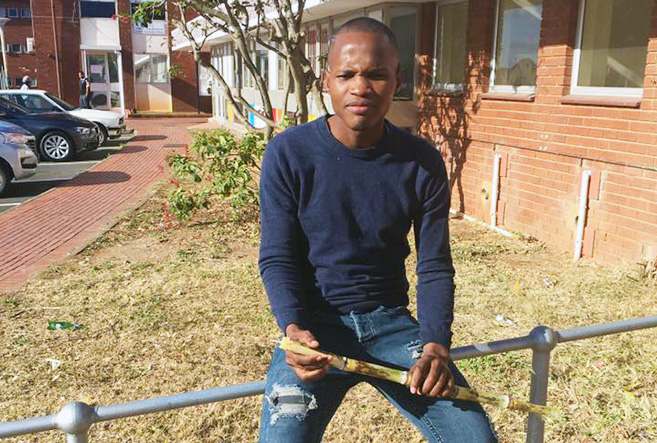 From Herding Cattle to Improving Quality of Data Analysis

Mr Lethani Ndwandwe has graduated with his Master’s in Statistics for his work on missing data imputation techniques; work which will contribute to tackling the common occurrence of missing data that affects data conclusions.

‘We need to come up with strategies on how we can improve the quality of data before we even think of analysis,’ said Ndwandwe.

Ndwandwe’s road to achieving his Master’s degree has been challenging. He grew up in the rural area of Nongoma in northern KwaZulu-Natal where he had to walk more than 15 kilometres each day to school. He was orphaned as a child; a devastating blow which he considers the worst experience of his life, but one which motivated him to pursue success. His childhood was characterised by fetching cows from their grazing lands and fetching water from the river. He also attended schools which lacked motivation where the pursuit of Higher Education is concerned.

A friend enthused him about the University; telling him that after studying there, he would find employment. His friend assisted him with the application process, and he was accepted. He describes joining UKZN as “the best feeling ever”. During his studies, he was a house committee member and class representative.

Despite a friend discouraging him from pursuing the Discipline of Statistics saying it was too difficult, Ndwandwe pursued his interest and credits Professor Delia North for helping him believe in himself and in his ability to achieve a Master’s degree.

He said the process of attaining his Master’s was challenging, however the experience shaped and prepared him for his PhD in Statistics, which he is currently pursuing while he fulfils his responsibilities as a lecturer at Sol Plaatje University.