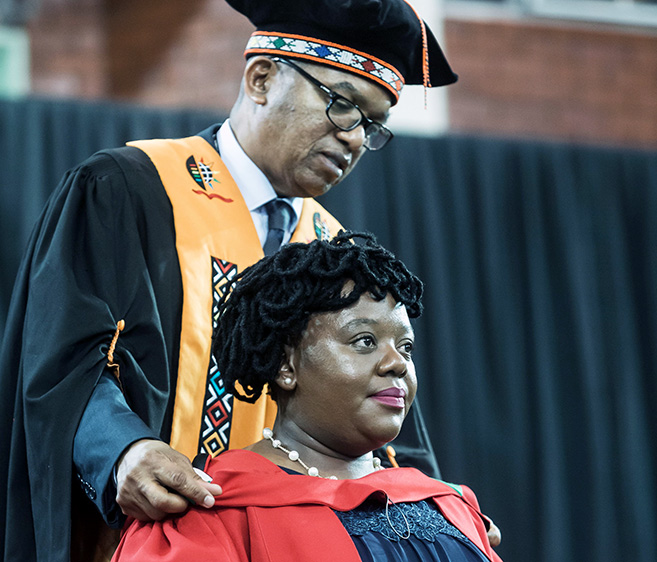 UKZN staffer, Dr Lungile Zondi, graduated with her PhD in Anthropology recently for research that delved into the life and experiences of young women (19-35 years) living on the streets of the Pietermaritzburg CBD and surroundings.

According to Zondi’s study which sampled 20 women, push and pull factors such as ancestral calling, whoonga addiction, forced/arranged/early-marriages, corporal punishment, grandmother and big brother headed families, family connections on the street as well as hereditary recurrences have led to women living on the streets.

Her study also found that these women possess obscured and misconstrued identities that comes with living on the street and they actively use fending strategies for survival. Fending strategies include hourly prostitution, standing on the road intersections and working as car-guards during the day and night.

Zondi argues that the women’s vulnerability context includes being treated less than human, smuggling whoonga, unpaid prostitution, assault by law enforcement authorities and the death of their friends while sleeping. Despite such challenges, the study finds that the women are skeptical about being reunited with their families.

‘Responsive interventions that policy custodians can embark on based on other African countries are part of the solution,’ says Zondi.

Zondi thanked her family, friends and supervisor, Professor Vivian Besem-Ojong, for being her support system during her studies.