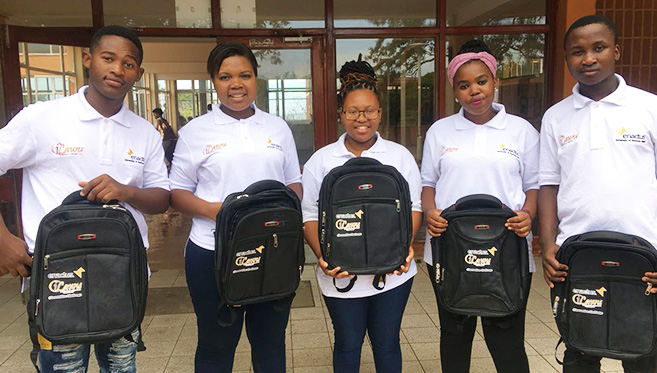 On the weekend of the 13th of January 2018, Enactus UKZN members were up until the wee hours of the morning preparing for their first ever Innovation Challenge. This highly competitive challenge was held at UKZN Westville campus where the Enactus UKZN team also held its annual January Camp.

During the two-day competition, members were separated into 12 teams and each team was tasked with addressing a socio-economic challenge that South Africans currently face. To ensure that this Innovation Challenge was aligned to Enactus, each team had to come up with an innovative, sustainable and entrepreneurial project that will serve as a viable solution to the socio-economic challenge assigned to that particular team. The teams were given eight hours to prepare for their first presentation which took place on Saturday, 13 January. This was Day one of the Innovation Challenge, the teams presented to the Enactus UKZN team and were given feedback on how they could improve their concepts and presentations for the final round which took place on the following day. With the help of Enactus UKZN’s Research & Development team, all 12 teams were able to improve their ideas and develop their projects.

Out of the twelve participating teams, there were only four winners. In fourth place was an idea named CroChange, this concept aimed to address the problem of unemployment among disabled youth by introducing crocheting and the production of crocheted products to supply the national and international markets. In third place was Hlalakahle, this concept was aimed at tackling the problem of improper housing and informal settlements by introducing mobile housing for the homeless and those awaiting RDP homes.

In second place was Amanzi, this concept came as response to the current water shortage in some parts of the country, it introduces a technological device which instantly turns grey water into clean drinking water that can be distributed into different households. The overall winner was Enacto-Chip, this addresses the issue of laptop theft within the university community, this team came up with the idea of creating a chip that will act as a tracking device to be installed in students laptops.

Enactus UKZN would like to extend their gratitude to the following parties who sponsored prizes of the Innovation Challenge: BEEnovation, iLawu Hospitality Group and Lusizo IT.

For more information about Enactus UKZN, find them on the following platforms: