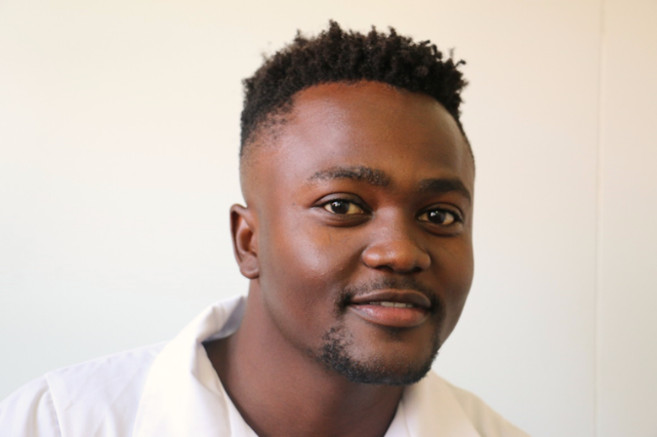 Mr Maanda Raselabe received an MSc for work focused on the “cancer bush”.

Mr Maanda Raselabe – a novice Comrades Marathon runner who completed his first race last year – was awarded a Masters in Science degree for his work on the effects of pruning and fertiliser on the growth, phytochemistry and biological activity of Sutherlandia frutescens.

The medicinal plant he conducted his studies on is known as the “cancer bush” because of its reputed ability to cure cancer.

‘There has been increased interest in the pharmacological properties of Sutherlandia frutescens, but we know little about its cultivation,’ said Raselabe. ‘This knowledge is necessary to understand optimal cultivation and processing practices for successful commercialisation.’

Raselabe’s investigations aimed to determine whether different pruning levels and application of fertilisers would have significant effects on the growth and biological activity of the plant. He said about 25% of modern medicines contained compounds extracted from plants as their main active ingredients.

‘Frequently, isolated active compounds are channeled into drug development, but only a few medicinal plants are being cultivated, implying that most of them are still being collected in the wild.

‘This could result in overexploitation and loss of biodiversity and so cultivation at a larger scale remains the only option for conservation of many species.  This can also create employment opportunities and generate income through farming.’

Raselabe, who is originally from Dzanani in Limpopo, studied for his BSc in Microbiology and Botany at the University of Venda, and his Honours in Botany at the University of Limpopo. He moved to UKZN thanks to its ‘unmatched reputation for research and the opportunity to work under Professor Johannes van Staden,’ well known for his world-renowned expertise in Raselabe’s field of interest.

‘What I love about the Institution is the quick responses from the administration and their willingness to assist students at all times,’ said Raselabe.

He also particularly appreciated being part of the Research Centre for Plant Growth and Development (RCPGD).

Raselabe thanked van Staden and co-supervisors Professor Jeff Finnie, Dr Hafiz Abdelgadir and Dr Ashwell Ndhlala of the Agricultural Research Council (ARC) for their support, saying he was honoured to work under their supervision. He applauded their efforts and contributions to their respective fields.

He also thanked members of the RCPGD, especially Mrs Lee Warren, for their assistance and thanked the ARC’s Vegetable and Ornamental Plants Unit for their support with his trials.