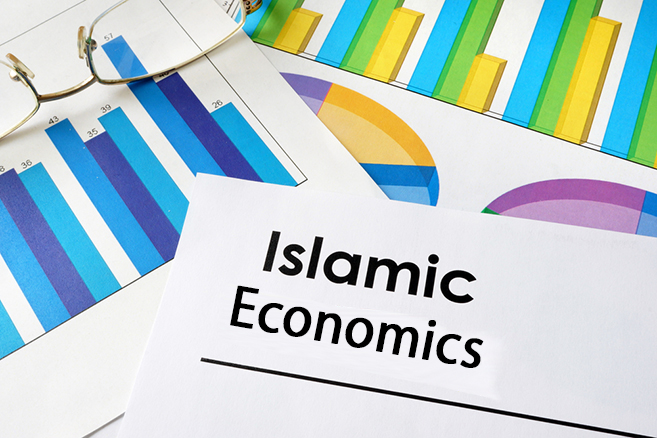 PhD graduate Abdulkader Cassim Mahomedy - a lecturer in the School of Accounting, Economics and Finance - conducted his research, thought to be the first of its kind in South Africa, on Islamic economics to discover why the discipline has floundered.

Mahomedy says Islamic economics is a relatively new sub-discipline within the broader field of economics with a distinct focus on integrating the ethical value system of Islam within economic theory.

‘The widening wealth-gap between the rich and poor, rising unemployment and inflation, and the resulting conflict among members of society, are among manifestations of the failure of mainstream economics. Attempts by the profession to provide solutions to these vexing problems have only exacerbated the situation. Muslim economists had endeavoured to overcome these limitations by carving out a new sub-specialty within economics, which they called “Islamic economics”. Notwithstanding their concerted efforts, this exercise has yielded little by way of offering any fresh insights on economic issues,’ said Mahomedy.

He details how the Islamic economists, by adopting the analytical framework of modern economics, also became paralysed by its underlying assumptions.

The thesis suggests an alternative paradigm, not only for economics, but for other areas of scientific enquiry based fundamentally on the precept of the Oneness of God.

Mahomedy says that given the multidisciplinary nature of his thesis, his first challenge was to identify a suitable mentor to guide him through his studies. He was eventually supervised by Professor Masudul Alam Choudhury, a world-renowned expert in the field.

‘With the guidance of God, and the deep insights provided to me by my supervisors, Prof Choudhury and Prof Harris, I was able to sift through all of the vast literature and distil from it the necessary information and develop my thesis accordingly’.

He said his study took much longer than usual to complete because he was not prepared to compromise his work, study and family commitments. ‘Ultimately though, without personal commitment, focus, and hard work, no PhD study is possible’.

‘It is my view that UKZN is uniquely positioned in the country to establish a centre for integrative studies in Islamic Economics, Finance, and Management. This would be a first for southern Africa and has enormous potential to impact positively on both academia and society. I hope to become part of this venture and contribute towards it,’ said Mahomedy.