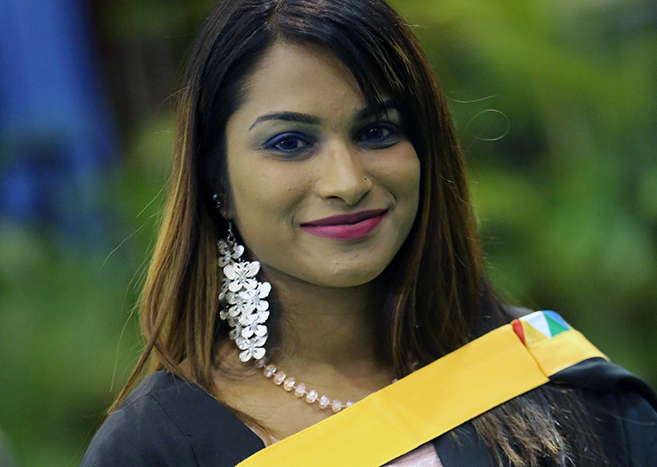 Against the background of the alarming increase in the rate of human trafficking - especially involving children - in most parts of the world, Masters in Child Care and Protection graduate Ms Alvina Moodley compared child protection legislation in two countries in her thesis.

Moodley’s research investigated “child sex tourism” - where tourists kidnap and use children for sex - with the focus on effectiveness of laws in South Africa and Australia in combatting the scourge.

Part of the motivation for the research was the increase in the rate of  “child sex tourism” since the 2010 Soccer World Cup in Durban.

‘I was studying towards my Bachelor of Laws (LLB) degree when I heard the voice of justice in me saying that something needs to be done about our laws in South Africa to afford better protection for our children,’ said Moodley.

She believes that a constitutional democracy is of little benefit if children are not protected and that it is pointless for South Africa to boast about having the best constitution in the world if laws are not being policed.

Moodley said because Australia had a better legal framework in regard to “child sex tourism”, she decided to compare it with South Africa’s to find ways that this country’s  laws can be improved and better implemented to protect future generations.

Moodley says her biggest challenge was the research itself as South Africa has no reported case law on successful prosecutions in the area of ‘child sex tourism’.

‘I plan on opening my own firm focusing primarily on child law and family law. I would love to form an NGO to focus on combatting child sex abuse.’