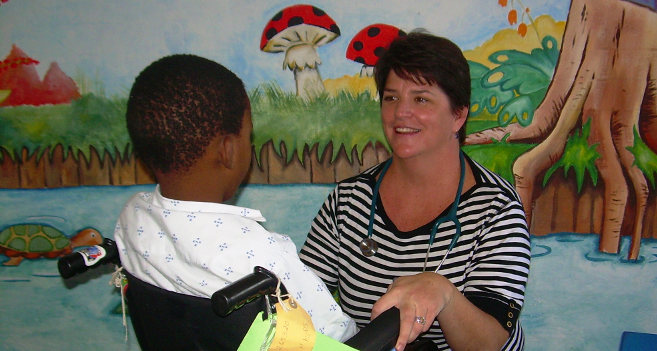 UKZN’s paediatric palliative care team, under the leadership of Dr Julia Ambler, was involved in discussions around the care of Charlie Gard, an 11-month-old UK baby who was living with a rare condition.

The UKZN team was closely involved with the International Children’s Palliative Care Network and the UK based team in helping with the treatment and care of Gard.

Charlie, who was born on 4 August 2016, had a disorder called mitochondrial depletion syndrome, which affects the genetic building blocks that give energy to cells. It causes progressive muscle weakness and brain damage. He is thought to only be the 16th person in the world diagnosed with the condition.

According to BBC News, specialists at Great Ormond Street Hospital had said baby Charlie was unable to move and had significant irreversible brain damage. In April doctors were told they could move baby Charlie into palliative care.

‘The child had an incurable condition and was kept alive by a ventilator,’ said Ambler.

She said his parents had gone to court requesting the child to be allowed to travel for experimental treatment but the court declined the application based on the belief that the child should be allowed to die and not be subjected to further pain and suffering.

Ambler’s colleagues in the UK said that the whole case had been extremely difficult for all involved and not all the details could be released to protect the family’s confidentiality.

Ambler and her team will be co-hosting the 2018 International Children’s Palliative Care Network Conference in Durban’s Elangeni Hotel.

Words and photograph by: Nombuso Dlamini