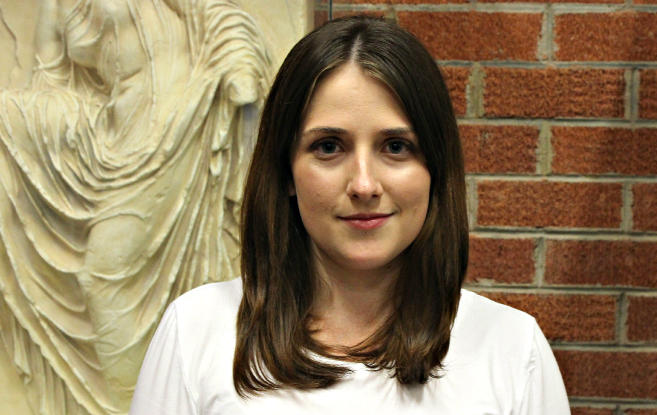 The Classics Programme in the School of Religion, Philosophy & Classics (College of Humanities) recently hosted a thought-provoking colloquium where a UNISA Classics lecturer presented a paper titled: Women on Top: “A Bakhtinian reading of Aristophanes’ Lysistrata”.

The paper, by Ms Liliana Carrick-Tappeiner, investigates the degree to which Lysistrata (a Greek comedy by Aristophanes) sees the inversion of the typical hierarchy of the sexes.

The relevance of this study in the modern age is noted by its ability to raise conversations about gender. In contemporary society women are still subjected to various forms of subjugation and oppression as noted in the play. Inadvertently, this study permits the reader to question the prevailing mistreatment and misconception of women in the 21st century.

Carrick-Tapeiner who holds a Master’s degree in Classics and has majors in Latin and Greek firmly believes that humanities has the power to produce and nurture skills which in turn harness the power to evoke change. In her perspective as an educator she has noted that ‘Classics has a role to play in shaping critical, empathetic, and well-informed individuals who have a lot to offer society and the workplace.’

‘I am also enthusiastic about the research aspect of my work in Reception Studies through which I interrogate the relationship between Classics and the modern world and try to challenge the stale and elitist associations that denigrate the image of Classics in the 21st century and, in particular, Africa,’ she added.