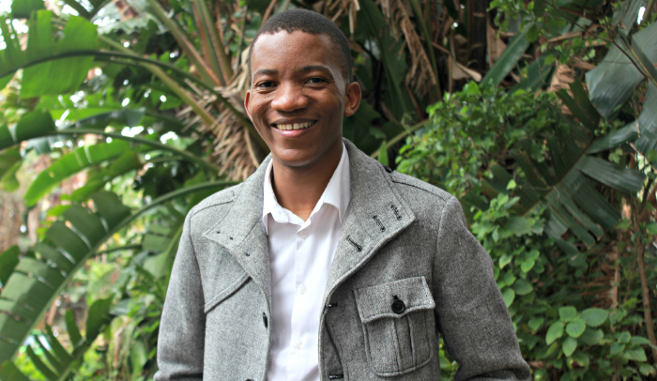 At age 34, Professor Thabo Msibi of the College of Humanities is the youngest Dean in South Africa. Msibi was recently appointed the Dean and Head of the School of Education at UKZN.

Deputy Minister of Higher Education and Training, Mr Mduduzi Manana congratulated Msibi saying, ‘His appointment aptly coincides with our Department’s clarion call for the urgent revitalisation of the academic profession in order to speed up the transformation agenda of the Higher Education sector. We truly share in his hard-earned joy and I’m proud to have been his university mate in the early 2000s at UKZN.’

Msibi boasts expertise in curriculum studies, with a profound focus on understanding how marginalisation, prejudice, and discrimination impact on people’s constructions of their own identities and also how people with marginalised identities experience institutions of learning, be it at basic or Higher Education levels.

Through exploring the nature of human sexuality in relation to schooling, Msibi’s work more broadly tackles social justice issues in the context of curriculum development and implementation.

His life mentor Mr Crispin Hemson, who was UKZN’s Head of the School of Education when Msibi was completing his degree in education, inspired his attraction to academia. Hemson witnessed tremendous potential in Msibi, through his ability to write well, debate exceptionally and natural passion for his craft.

Msibi’s inquisitive mind gave him a good grounding as an academic. However, his path into academia was never planned; he walked into it because of opportunity, experiences and the circumstances he found himself in. Starting as a tutor while pursuing his honours, Msibi was offered a Fulbright Scholarship to study overseas.

Msibi looks to create social cohesion, however not with the aim of making everyone the same but rather to embrace each other’s differences. He works to use people’s differences as a mechanism of strength instead of an obstacle.

He says: ‘My passion is to see a transformed institution that appreciates and values every person that comes into its space. I am heavily invested in a project of unlearning, a project of what bell hooks calls transgression– where you attempt to try to bring about particular conscientisation on people.’

To effect this change, Msibi has initiated an organisation called the Community Development Association (CDA). This is an outreach programme, which undertakes work on a voluntary basis in disadvantaged schools. Students at UKZN and other institutions drive this establishment. They design projects, raise funds for their creations, and then go to selected schools to implement the vision of their project design.

‘I believe in youth doing youth work’, says the youthful Professor, and indeed being young and free is more than just a right to Msibi, it’s an inbuilt responsibility and having the opportunity to give back, which is his act of gratitude.