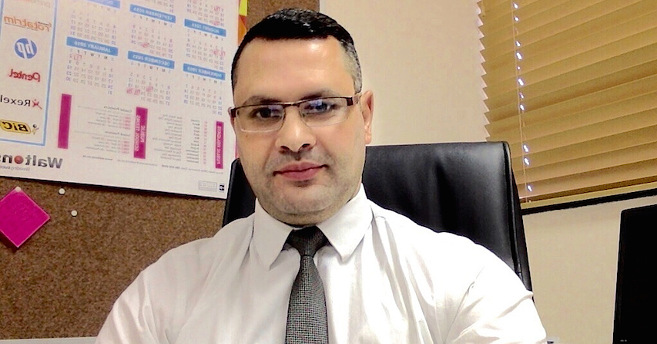 Biochemistry expert and UKZN academic Professor Mahmoud Soliman has called for more awareness on the benefits and risks of self-medication.

‘While you don’t need a prescription for schedule 1 and 2 medicines, in South Africa these medicines “must” be dispensed by a Pharmacist, and pharmacists are required by law to write down your name and the name and quantity of the medicine,’ said Soliman who is also the Dean of the School of Health Sciences.

He was reacting to the findings of an international study that linked taking of common over the counter (OTC) painkillers to increased risk of heart attacks.

Conducted by researchers from the University of Montreal, the study revealed that ‘the likelihood of experiencing a heart attack was calculated to increase by an average of 20% to 50%’ in people who took OTC drugs when compared with someone not taking the drugs, regardless of the dosage.

The data linked 5 forms of painkillers – ibuprofen, celecoxib, diclofenac, naproxen, and rofecoxib – to heart problems. This finding raises the question of the safety of over-the-counter (OTC) drugs. In South Africa OTC medicines include unscheduled medicines (schedule 0) and schedule 1 and 2 (S1 and S2) medicines. Medications for cold and flu, antihistamines and anti-inflammatories are considered schedule 1 and 2 medicines.

Soliman explained that self-medication products are those not requiring a doctor’s prescription and sold to consumers to be taken at their own risk. He also added that responsible self-medication can be used to prevent and treat symptoms and ailments that do not need medical consultation.

However, he raised issues that need to be taken into account when self-medicating. ‘Any self-medication product should be safe for use, but self-medication drugs are known to interact with many prescription-only drugs, alcohol and foods,’ he said.

‘In many instances, OTC medicines are being misused by drug addicts. One common example of this are cough syrups that contains codeine or sedatives,’ continued Soliman.

According to Soliman, there is also the danger of heavy reliance placed on OTC analgesics like paracetamol. He pointed out that even continuous use of normal doses of analgesics has long been associated with chronic renal failure.

However, he pointed out that responsible self-medication can be used to prevent and treat symptoms and ailments that do not need medical consultation or oversight. ‘Sometimes patients are not able to afford medical consultation or healthcare services are out of reach.’ he added:  ‘Self-medication can facilitate access to medicines and reduce healthcare costs. However, this needs to be in conjunction with more health awareness programmes in order to raise the community knowledge on the benefits and risks of self-medication’.

He suggested that combined efforts of the pharmaceutical industry and regulators must provide products that are safe, effective, good value for money, and with sufficient relevant information that can be understood by the average person.