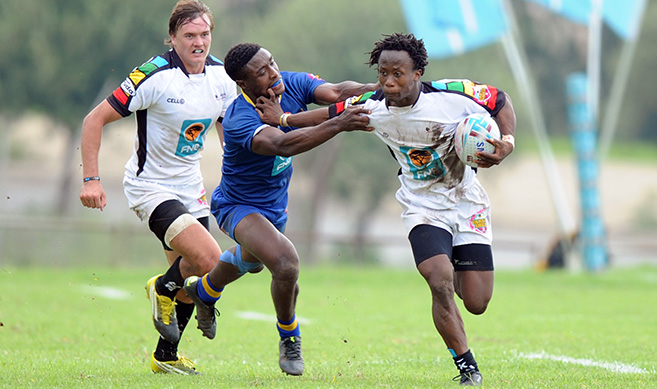 UKZN Impi back with a Bang Against Wits!

The Varsity Cup Executive Board took a decision last week to resume all Varsity Cup and Varsity Shield games as of Monday, 14 March and to have all the games played at the FNB Stadium precinct and main stadium in Johannesburg.

The decision to remove games from universities was not supported by some of the universities including UKZN; however, our Impi team had to abide by the decision and continue with the games being played away from their loyal supporters.

Our Impi took on their arch rivals, Wits University, on Monday, 14 March with just the two teams on the field and no spectators. The first half saw our Impi taking on pressure as Wits scored 3 tries against our penalty kick which ended the 1st half at 21-2 to Wits.

Michael Horak and his coaching team managed to calm our boys down during the halftime break and this led to the team playing the game at their pace during the second half. UKZN Impi turned up the heat on the Wits defense and were rewarded with an early try coming from winger Thobekani Buthelezi taking the score to 21-10 to Wits. Our Boytjies continued their attack and got another great try from fly half Tristan Tedder, taking the score to 21-18 with 10 minutes left.

Our UKZN Impi gave it their all and a moment of brilliance from the team saw winger Thobekani Buthelezi score his second try of the game which secured the victory for our Impi with a score of 26-21.

UKZN winger and try scorer Thobekani Buthelezi was awarded the Player that Rocks for his outstanding performance and his contribution of two tries to our victory.