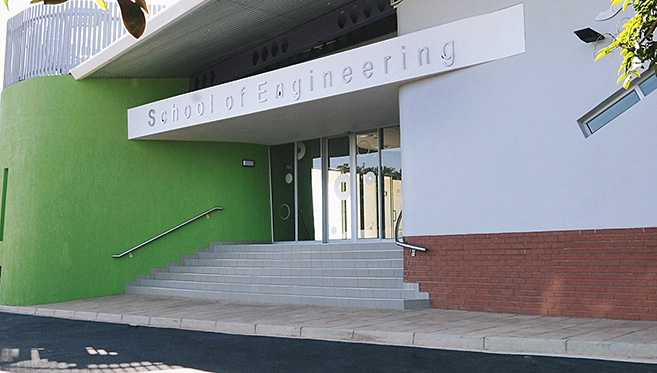 UKZN’s School of Engineering has been rated top in South Africa by Netherlands university.

In the recent CWTS (Centrum voor Wetenschap en Technologische Studies) Leiden Ranking, conducted annually by Leiden University in the Netherlands, the University of KwaZulu-Natal was ranked the top university in South Africa for Engineering and Physical Sciences.

The CWTS Leiden Ranking for 2016 shows which institutions had the best scientific performance out of more than 800 major universities worldwide. Four South African universities – UKZN, UCT, Stellenbosch and Wits - made the top 500, with the University of Pretoria coming in 512th.

The ranking is based exclusively on bibliographic data from the Web of Science database produced by Thomson Reuters, across a number of science indices, including maths, science, social science and arts and humanities.

The overall ranking works by not only looking at the amount of published work but also how often a university’s work is cited in relation to other published work on the same or similar subjects.

Plaudits go to the School of Engineering in the College of Agriculture, Engineering and Science for being ranked first in South Africa in Engineering and Physical Science.  The School has several excellent programmes that have contributed to its high level status.

It is the only School in the country to offer Bioresources (Agricultural) Engineering, and is home to several renowned research groups and a Centre of Excellence which have won recognition for advancing science to better society.

‘This is a fantastic achievement,’ said Dean and Head of School, Professor Cristina Trois.

In Electrical, Electronic and Computer Engineering, the Eskom Centre of Excellence (CoE) is a multi-disciplinary research centre focusing on research in technology relating to HVDC, power systems and power electronics of alternating current (AC) systems. Its research supports the National Development Plan (NDP) of the South African Government. It is home to four state-of-the-art research laboratories: the HVDC Laboratory, the HVAC Laboratory, the SMART Grid Research Laboratory (the first of its kind in Africa for training, research development and integration of Smart Technologies) and the Vibration Research and Testing Centre (VRTC).

In Mechanical Engineering, the Solar Car, Hulamin, has made headlines, being the first entry from an African team into the Bridgestone World Solar Challenge in Australia in 2015, finishing 13th of the 42 competing teams racing their futuristic green designs 3022km from Darwin to Adelaide.

In Chemical Engineering, the Pollution Research Group conducts innovative research on water resources, waste water reclamation, the impact of effluents on local environments, sanitation systems, and other water-related environmental issues. Staff in the Centre are on the forefront of investigating affordable and sustainable sanitation solutions for Africa, working closely with the eThekwini Municipality to develop these solutions.

In Civil Engineering, research is focused on environmental, coastal and hydrological engineering, developing, disseminating and applying state-of-the-art knowledge for solving environmental problems as well as on infrastructure and the carbon impacts of an urban bus rapid transport system. Research is undertaken on the re-use of construction and demolition material, and recycled asphalt in warm mix asphalt, concrete durability in road structures, and the prospect of replacing traffic signals with circles, in collaboration with relevant municipal and transport authorities.

The School’s Land Surveying and Property Development qualification deals with the field of Geomatics, focusing on acquisition, processing, management, presentation and dissemination of information about the earth and features with a fixed location on the earth surface.