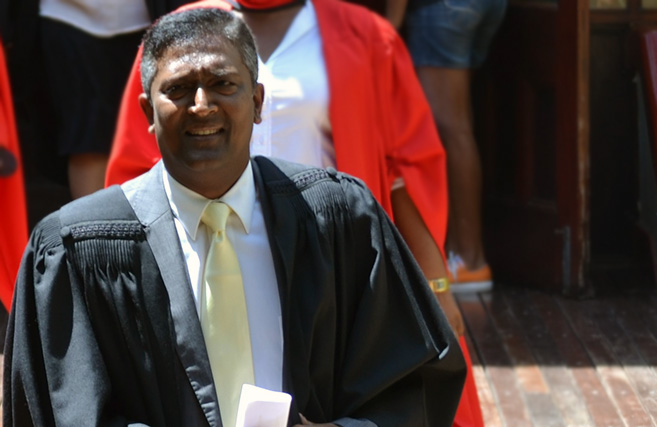 Professor Karthy Govender of the School of Law has been appointed by the KwaZulu-Natal High Court Judge President Achmat Jappie to serve as an Acting Judge of the High Court.

Govender made history in 2012 by becoming the first academic in the School of Law to be appointed as an acting judge of the High Court.

During his tenure at the Pietermaritzburg High Court in the last session of 2015, Govender heard appeal cases as well as civil and administrative cases.

‘Being a judge is a difficult job as it involves a significant amount of reading and you have to make a fair decision on the facts and the law as you are dealing with people’s lives. You have to keep your emotions in check because it is important to be impartial at all times.  An acting judge has the same power and responsibilities as a permanent judge,’ said Govender.

As challenging as the experience was, Govender is grateful that he got an opportunity to sit the Bench and be involved in the judicial process as it had ignited his passion for the law and more importantly teaching it.

‘I enjoyed the judicial role which can be challenging and intense. Sometimes the motion court roll has about 30 matters which have to be considered in one session.  No one knows all of the law but getting an opportunity such as this empowers one and hopefully will make me a better teacher,’ said Govender.