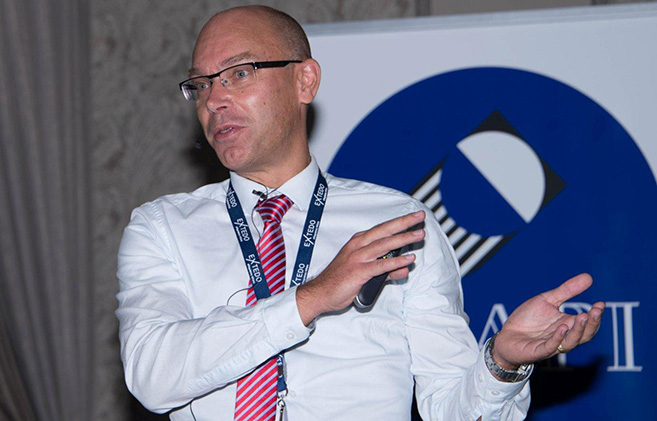 The National Research Foundation (NRF) has awarded Professor Per I Arvidsson of the College of Health Sciences a B-rating for his impressive high impact research output.

The NRF rating system is a highly respected tool for benchmarking the quality of researchers against the best in the world.

Arvidsson was congratulated by his colleague, the widely published Head of UKZN’s Catalysis and Peptide Research Unit, Professor Thavi Govender, who said: ‘Professor Arvidsson has been my mentor since 2005 and I am extremely glad that we have his expertise and prestige at UKZN to assist us in creating world class scientists.’

Arvidsson was appointed as an Honorary Professor in Pharmacy and Pharmacology at UKZN in September 2010 and became a Fractional Professor in the College from 2013.

Arvidsson is the Founding CEO for Retort AB, a consultancy related to the organisation of larger research infrastructures, research projects and life science companies.

He is the named inventor on over 15 patent applications and co-author of more than 95 publications, two of which have won Most Cited Paper awards.

Arvidsson’s accolades include several professorship positions at Uppsala University in Sweden and postdoctoral studies at the Swiss Federal Institute of Technology in Zurich.  He joined AstraZeneca – one of the 10 largest pharma companies in the World – in March 2006, quickly climbing from the position of team leader to Director for Neuroscience Drug Discovery Projects in late stage pre-clinical and clinical development.

UKZN College of Health Sciences Dean of Research, Professor Moses Chimbari, said: ‘Professor Arvidsson is a fine example of what we expect of fractional professors - his contribution to the College far exceeds what is expected of the 20% contract he has signed.’