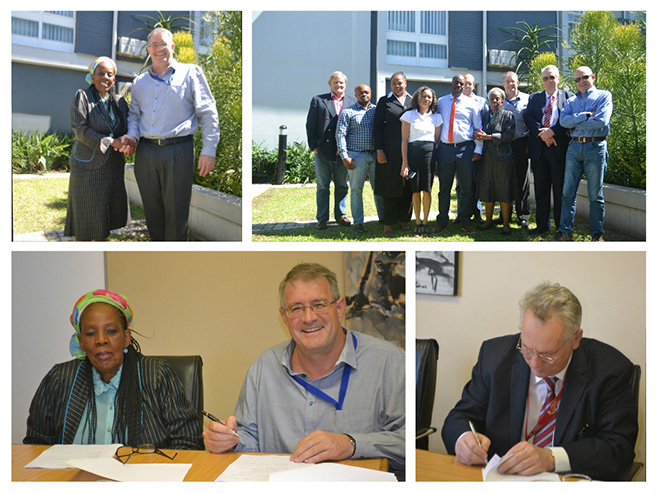 Mazisi Kunene’s Collection to be housed at UKZN

UKZN has signed a Memorandum of Understanding (MOU) with the Mazisi Kunene Foundation to create a repository for Mazisi Kunene’s collection.

The Mazisi Kunene Centre for IsiZulu Language and Culture, which will physically archive the collection, will create teaching and research activities and programmes.

Vice-Chancellor and Principal, Dr Albert van Jaarsveld, said the University was delighted with the partnership which ensures the preservation of Kunene’s work.

Van Jaarsveld said the University was committed to KwaZulu-Natal and growing isiZulu as a language and hoped the work became part of the curriculum.

He said that besides safeguarding the collection, the aim was for it to be available for academic and research purposes as well as becoming accessible to the broader community.

Born in KwaZulu-Natal, Kunene began his literary journey as a child, writing poems and short stories in his home language, isiZulu.

He was the Professor of African Literature at the University of California for almost two decades, returning to South Africa in 1992.

His wife, Mrs Mathabo Kunene, who is Executive Director of the Mazisi Kunene Foundation, thanked the University for its support saying she had become despondent about the future of the collection. ‘I was at a point of losing my mind because I thought I was sitting in a house full of useless papers.’

Botha said Kunene’s collection would allow the younger generation to understand the connectivity between the past and the present.

Van Jaarsveld said an implementation plan would be established and taken forward.

About 3 000 nursery rhymes and more than 10 000 handwritten poems in isiZulu are contained in the collection which is housed at 8 Delville Avenue in Glenwood. It is open daily from 08h00 to 16h30.