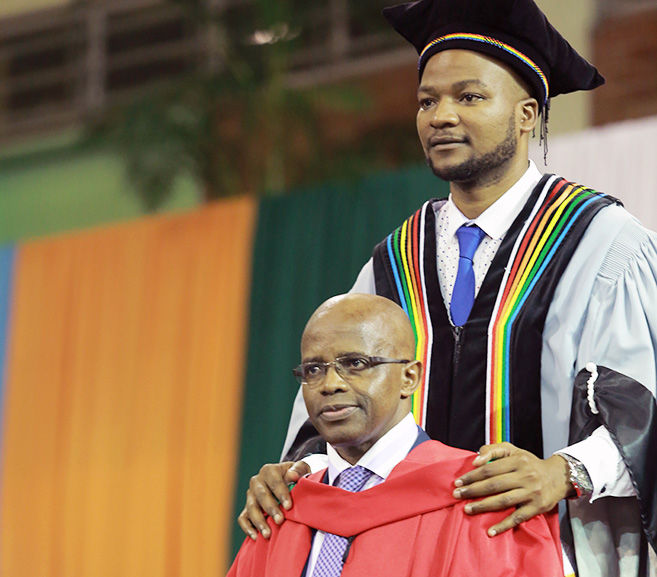 The link between lack of service delivery in the public service and ineffective policy implementation was explored in research by Doctor of Administration graduate, Reverend Vikinduku Mnculwane.

Mnculwane who works at the Office of the KwaZulu-Natal Premier in Pietermaritzburg, said his thesis: “A Phenomenological Investigation into the Use of Incentives to Solicit Community Participation in Heritage Policy Implementation in Post 1994 South Africa”, interrogated the question of the use of incentives of various kinds in the implementation of public policy in a post-democratic South Africa.

‘Apart from the fact that I personally have a passion for public policy implementation in particular, I was also motivated to undertake the study by a realisation that much of service delivery in the public service may have to do with ineffective policy implementation, and not necessarily with the lack of policy. I was also fascinated by the need to seek models which will entrench the bottom up movement in the public policy process, particularly with regard to heritage policy in South Africa,’ said Mnculwane.

As an ordained Priest in a local Anglican Parish, balancing his time between his studies and job at the Premier’s Office was a tough act.

‘I have been fairly meticulous and diligent in the way I managed my time and its allocation to various commitments. Apart from being a public manager, a family man and a student, I also had to allocate time to my pastoral responsibilities. I did not anticipate the excitement that has been generated within my own family and siblings about this achievement,’ said Mnculwane.