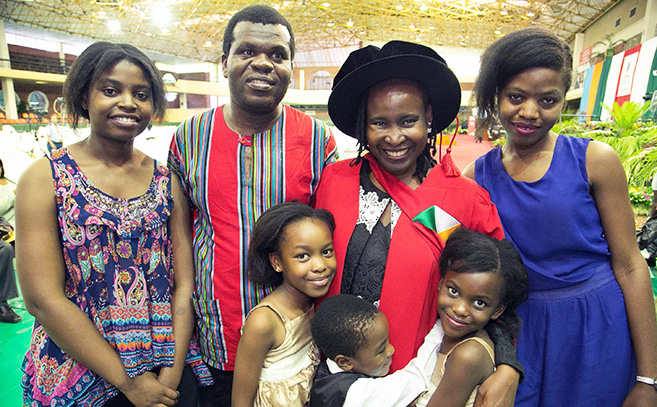 Associate professor of Law at Unisa, Professor Dorothy Farisani, was awarded a doctorate for her study of Corporate Criminal Liability in South Africa.

Farisani said the media in South Africa often reported on tragedies involving the death of workers in factories, mines and other industries and in most cases the corporates did not face criminal charges. Discussions on corporate criminal liability with her supervisor along with further research on the unequal manner in which criminal law treats individuals as opposed to corporations, particularly when there was loss of life, motivated her to focus on that topic for her PhD studies. She decided at a young age that she would embark on PhD studies and refused to let her father buy an academic gown for her junior degree graduation. She told him that she would only buy the gown when she got her PhD.

Farisani observed that when there was a death at a corporation, society readily accepted it as an accident and absolved the corporation of blame even before investigations were done. ‘There is a dire need for corporations to be held criminally accountable in an efficient manner and reduce the number of unnecessary and avoidable deaths they cause,’ she said.

In her study she argues that in South Africa even though corporations may be held criminally liable, the law does not deal adequately or efficiently with corporations that cause deaths. ‘There are hardly any prosecutions of corporations for such deaths and in the rare event of a successful prosecution, a fine is the only form of punishment allowed.’

Farisani’s study also revealed that South Africa lagged behind countries like the United Kingdom and Canada in terms of developments in this area of the law. In her study, she proposes a legislative response South Africa could possibly adopt. The thesis was accepted by all three examiners without requiring corrections and one of the examiners points out that ‘The study is of great importance for the future reform of South African corporate criminal liability and will be of immense value once such reform is initiated’.

Her family is delighted about her achievement and she is grateful to all of them for their unwavering support. She also acknowledged the support of her supervisor saying: ‘I had an excellent supervisor who challenged me and really got me thinking critically about issues. I am thankful to Professor Hoctor.’

Farisani intends publishing her thesis and to continue writing and presenting conference papers on the topic.