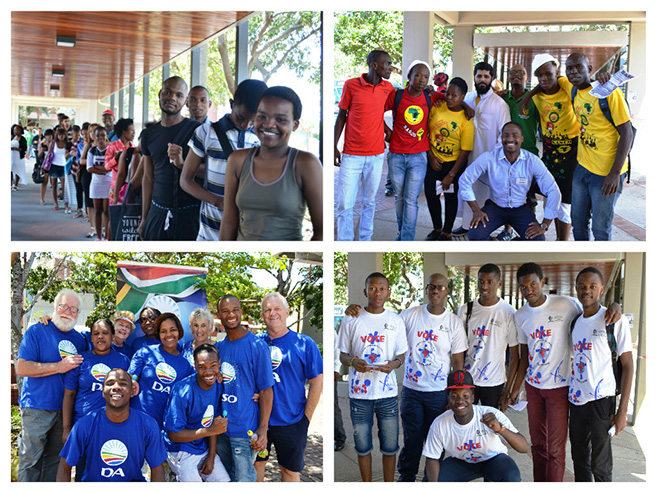 Students and supporters campaigning and going to the polls at UKZN’s Westville campus.

SASCO won the majority of seats at the University of KwaZulu-Natal’s Student Representative Council elections.

The elections were closely followed on social media platforms, with Minister of Sport and Recreation Fikile Mbalula tweeting ‘Winners! Viva Sasco viva! Viva revolution!' as the preliminary results were released.

@SASCO_Jikelele tweeted: ‘The SASCO Tsunami has swept through UKZN winning all 5 campuses. We thank UKZN students for their continued trust in us with their votes.’

The elections were overseen by the Independent Electoral Commission who ensured the voting process was free and fair.

Chief Electoral Officer, Mr Meliqiniso Sibisi, said the elections went off fairly smoothly and thanked all the contesting student organisations and individuals and the overall student population for coming out in their numbers to participate in the highly contested SRC Elections 2015/16. Nonetheless, he acknowledged that the Electoral staff experienced a few challenges, but their experience, foresight and preparedness ensured challenges were properly addressed and the SRC Elections were a resounding success.