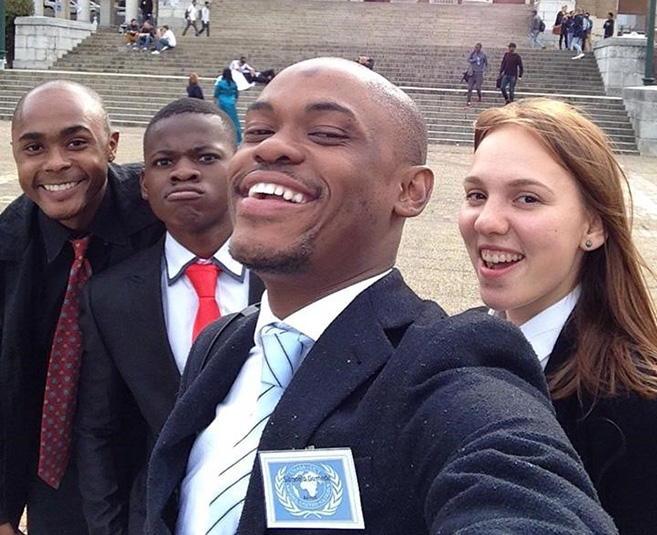 The students, whose trip was made possible by funding from UKZN’s office of Student Governance, Leadership and Development, participated in two committee meetings - the Ad Hoc Committee on Millennium Development Goals (MDGs) and the High Level Political Forum on Sustainable Development with a focus on pollution in cities.

In the Ad Hoc Committee on Millennium Development Goals debate was around the successes and failures of the Goals.

In the High Level Political forum on Air Pollution in Cities, Brady, a Masters student in Population Studies, represented the delegation of Ethiopia. Through extensive prior preparation and research Brady demonstrated his depth of knowledge about managing air pollution in cities as well as being the backbone of one of the resolutions submitted by his committee.

Although there were some organisational hiccups, the experience gained will prove useful in training UKZN students starting a UKZN-MUN community that will mould future leaders and policy-makers.

The next semester will provide the perfect platform for a promising start to a new future for UNASA-UKZN, where training and exposure to practical international relations and diplomacy for students will be among its core activities.