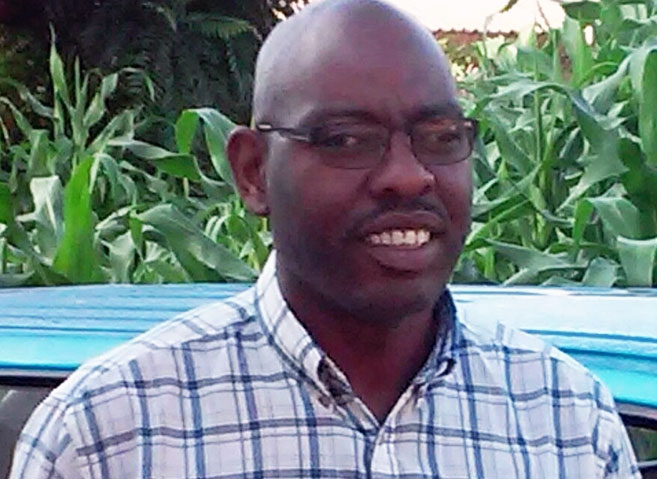 The award was made by the National Institute for the Humanities and Social Sciences (NIHSS), in association with the Council for the Development of Social Science Research in Africa (CODESRIA).

The aim of the scholarship is in line with the mandates of NIHSS and CODESRIA to promote and facilitate research in the humanities and social sciences as well as to explore new vistas in Pan-African scholarship.

‘I realise that this is an accomplishment to be proud of. I feel satisfied choosing UKZN and grateful to Professor Heike Tappe for accepting me as her student and for encouraging and advising me on the scholarship,’ he said.

The scholarship will assist Takavarasha to acquire data for his research and to attend workshops and seminars related to his study.

‘The data I need are found at the National Archives of Zimbabwe and one has to pay per hour for listening to them as well as have them transcribed. I had thought of abandoning the project as this was going to be rather costly, but with the scholarship, this has been made possible.’

His research seeks to investigate the linguistic coherence of the epideictic rhetoric of Zimbabwean President Robert Mugabe while employing corpus linguistics tools as a method of analysis as well as incorporating tools of rhetoric and critical discourse analysis.

Takavarasha hopes his research will uncover findings on coherence that can be used in the teaching of English as a second language in Zimbabwe; to assist spokespersons of different political parties in Zimbabwe and other African countries to present a coherent narrative of their party, history and vision for their nation, and to make a contribution to media studies for political rhetoric.

‘This analysis of President Mugabe’s discourse is useful not only for linguists and rhetoricians who want to understand how language works, but also for political scientists as well as those undertaking studies in diplomacy and international relations who may want an insight into the use of language as action.’

‘I hope the study makes a contribution towards an understanding of Zimbabwe’s history and colonial legacy from an epideictic rhetoric point of view,’ said Takavarasha.

He thanked the committee for awarding him the scholarship and recognising his potential. ‘I really appreciate the time and effort they have invested in me. I encourage the committee to keep doing the work they are doing as there are many African scholars with potential who can contribute good ideas for the benefit of Africa and humankind but face many financial challenges.  However, through assistance of scholarships such as these, they are able to.’