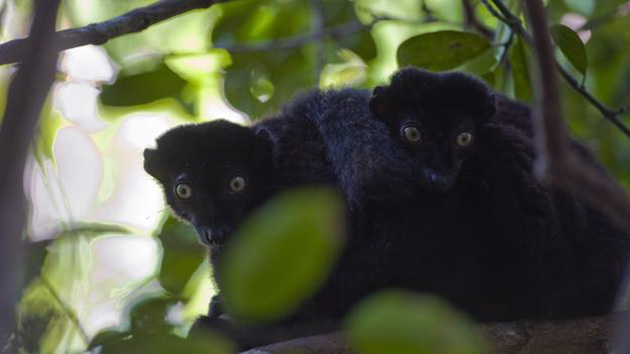 The blue-eyed lemur may have just 13 years left before it is driven to extinction.

The sobering revelation comes from a new UKZN modelling study examining the survival of the blue-eyed black lemur, an animal only rediscovered in 1985 and elevated to species status in 2008.

Critically endangered, placing it among the rarest primates on the planet, the lemur (Eulemur flavifrons) lives within a restricted range in a north-western, dry deciduous forest in Madagascar. Logging and fires are destroying its habitat.

Recent surveys have counted a few hundred, but it remains unclear how many more survive in areas yet to be surveyed.

Ms Maria Volampeno, a Life Sciences student under the supervision of UKZN’s Professor Colleen Downs, and colleagues in Madagascar,  decided to model the impact of habitat loss on the lemur’s future, taking into account how often the lemurs reproduce, die and the varying the levels of human impact.

They found, under every scenario they modelled, that the lemur will become extinct within a century.

‘If trees are destroyed at a relatively low rate, the lemur will be extinct within 44 years,’ said Volampeno.  ‘However, if the rate of habitat loss climbs, and the lemurs struggle to reproduce as they find themselves living in isolated pockets of forest, then the species could die out in just 13 years.’

The scientists say their models, published in the African Journal of Ecology, need to be tested and refined further.

But the techniques they used are generally well regarded, with scientists often using similar models to predict how wildlife populations might change in the future, including the risk of extinction.