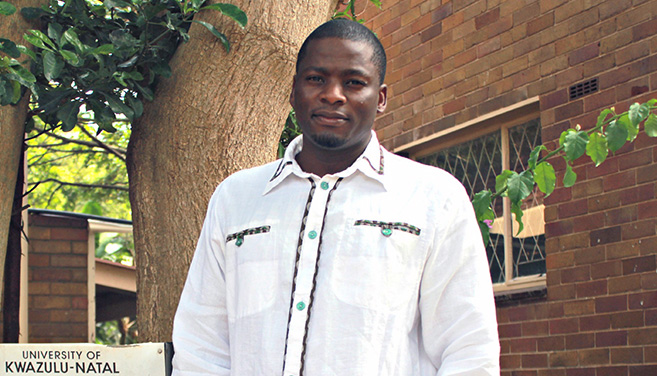 Said Phakathi: ‘The reason for such a study was to understand the child soldier phenomenon, which includes the recruitment process and involvement of children under 18 in both state armies and para-military activities, whether forced or voluntary.’

He says the study assumes that child soldiers, as a result of their involvement in the killing of their own families and civilians indiscriminately during wars in the DRC and other conflict-prone states, inadvertently or at times deliberately choose to forget about the atrocities and prolonged abusive relationships they have with military commanders.

‘Misremembering the past helps them survive during their military life and also when reintegrated into safer communities. It borrows from Freud’s Betrayal Trauma Theory. There are reasonable questions about external researchers dominating the analyses and proposing solutions in many instances where countries have experienced wars in Africa and abroad.

‘While it remains baseless to question the authenticity of such studies, it really would encourage desk top researchers if the analysis, conclusions and recommendations come dominantly from the natives of the affected communities.’

Phakathi believes that even though the study focused on the DRC, the conclusions can be applied in finding solutions for any society - including South Africa - that is grappling with child abuse and other forms of developmental issues such as peace-building, social integration and cohesion.

‘Significantly the study examines how international aid goes hand in glove with restrictions that serve the interests of the state or institution offering aid. That approach minimises flexibility and discretional fund and human resource allocation by local civic organisations. It’s neo-colonialism that should be questioned. It undermines local indigenous approaches to Peace-Building, resulting in failed integration programmes, among others.’

One of the main challenges he encountered while doing the research was funding.

‘Due to a lack of finances I have seen compelling passionate and brilliant students quit studying because they come from impoverished communities.’

He advised post-graduate students to organise themselves and share ideas on academic writing and to set up forums where they are able to discuss opportunities (research and employment), supervision problems, funding for tuition and research material, and political consciousness, in order to fight all forms of injustices in the education system and their respective communities.

‘Studying at UKZN brings about immense pride. It certainly is not easy to even imagine an academic life outside this Institution. This is evidenced by the former students who are increasingly coming back to further their studies, both part-time and full-time.’

Phakathi was a welder in Johannesburg before starting his studies at UKZN, where he was SRC President of the Howard College campus between 2010 and 2011.

He is now a full time PhD student and participates in the College of Humanities’ Mentorship programme. He is also a Peer Educator for the University’s HIV Support Unit on the Howard College campus and continues to participate in student and national politics.