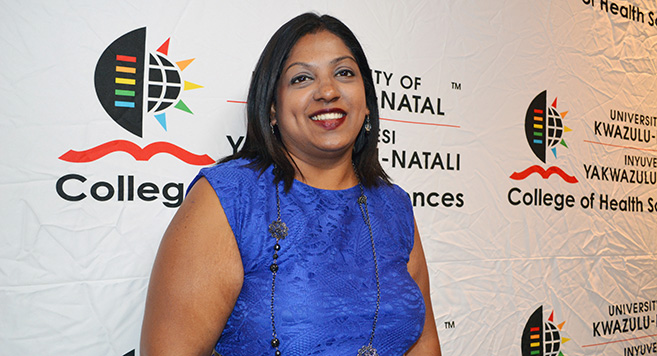 Using purposive sampling, 50 participants, 10 in each of the five stages of CKD, were selected and underwent Pure Tone Audiometric testing and distortion product otoacoustic emissions (DPOAEs).

Govender said there were complications associated with CKD which resulted in a decrease in the quality of life.

One such complication was auditory dysfunction. Govender explained that auditory system complications in patients with CKD were multifactorial, arising due to ototoxic effects of treatment regimens associated with CKD, concomitant conditions such as diabetes mellitus, hypertension and lupus as well as the pathophysiology of the disease itself.

‘Research, particularly within the South African context pertaining to CKD and hearing loss is scarce, however, international literature indicates that the cochlear appears to be the most affected part of the auditory system in patients with CKD. This is due to the relationship between the cochlear and the kidney, making the physiology of the cochlear dependent upon normal kidney function.’

Patients in stage one and two of CKD presented with normal pure-tone thresholds and DPOAEs, suggesting that cochlear functioning in these patients was normal.

The study concluded that audiological monitoring be included in the management of patients with CKD and that DPOAEs be introduced as part of the test battery to monitor cochlear function in patients with varying degrees of CKD.

Govender, who said she was humbled to receive the award and represent UKZN at the Conference, acknowledged her research supervisors Mr Cyril Devdas Govender and Professor Glenda Matthews.

The study was also presented at the College of Health Sciences Research Symposium as well as at this year’s South African Association of Audiologists Symposium.

Govender, the proud recipient of the SANPAD-SANTRUST Scholarship, said her role within facilitating early detection and intervention through research made her passionate about her work.

‘The field of Audiology is growing rapidly in terms of its scope of practice as well as depth of research and development. Auditory pathology is given little attention, among other more pervasive conditions, however, as the evidence base is increasing regarding the negative effects of unmanaged auditory pathology, more individuals are becoming aware of the importance of protecting their auditory system.’

Govender motivates her students to be responsible and passionate health care professionals who aspire to bring about positive change to their patients. She also encourages introspection and critical evaluation of decision-making among them.