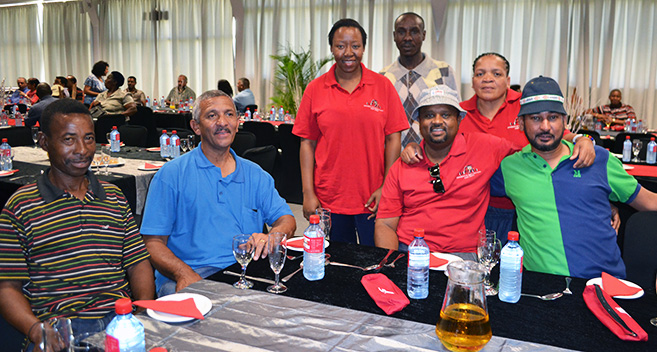 An increase in membership was highlighted at this year’s University of KwaZulu-Natal Staff Union (UKSU) Annual General Meeting held on the UKZN’s Edgewood campus.

Members came out in force to support the meeting and raise their concerns.

Union Chairperson, Mr Raymond Parkies, commended the commitment of members and urged them to continue recruiting new members. He added that he hasn’t seen a union that grows so rapidly.

The membership has grown to 1 027 members excluding those that have resigned or retired.

Buses from the other UKZN campuses transported members to and from the AGM where new members of the Union’s executive were presented. The Union executive agreed it had been a challenging year but said they had worked hard to ensure members’ concerns were resolved.

Presentations on the Union’s financial report, minutes from the last AGM, the monthly membership fee, constitution changes, and feedback on the status of certain concerns raised were presented by different members of the executive.