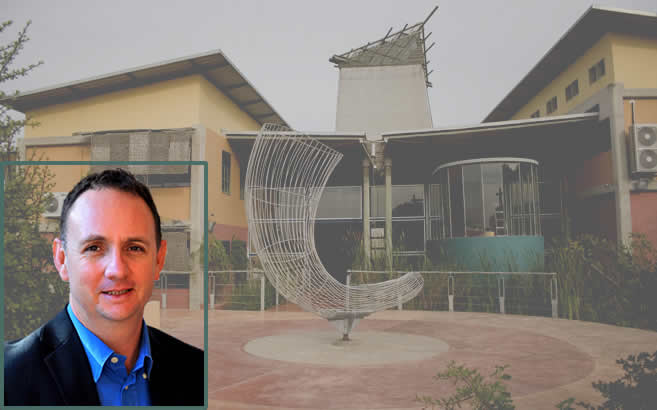 HIV on the Wane in SA - UKZN Academic

HIV was decreasing slowly in South Africa and what had been achieved thus far was incredible but the current generation of scientists ‘will be judged on where we go from here’, said Professor Frank Tanser of the College of Health Sciences.

Tanser, speaking at his inaugural lecture as full Professor in the College, provided insights into the course of the HIV epidemic, detailing his work since 1997 at the Africa Centre for Health and Population Studies which is based in a rural community in northern KwaZulu-Natal severely affected by HIV.

Tanser said his love for the sciences was ignited by the use of satellite imagery for land management while he was doing his master’s degree at Rhodes University. He began specialising in the use of Spatial Technologies and Geographic Information Systems (GIS) in studying malaria transmission in Africa while working at the Medical Research Council under well-known scientist David le Sueur. His formal introduction into public health came when he was offered a Wellcome Trust Fellowship through the Imperial College.

In 1996, the Wellcome Trust put out a call for a centre to do population-based research and in response the Africa Centre opened with Tanser a founder member. He was responsible for setting up the GIS unit which has since achieved international recognition for the novel application of spatial methods to infectious diseases and health systems research.  This resource is seen as a very important contribution, not only for UKZN and its scholars but for the region as a whole.

During the two years following its opening, the Africa Centre obtained data from 26 000 homesteads over an area of 1 400 sq km. The Centre found a 29% adult HIV prevalence among the rural population of 228 000 as well as a high rate of unemployment and poverty.

Having this key data, the team were however unable to move forward during the "AIDS Denialism" period in South Africa from 1998-2003.

Tanser recalled the frustration of all HIV scientists at the time. ‘This was indeed a dark chapter in South Africa’s history with about 330 000 deaths and 2.2 million years of life lost,' said Tanser. Antiretrovirals (ARVs) were not publicly available and there was very little effective prevention beyond provision of condoms, behaviour change counselling and treatment of Sexually Transmitted Infections. ‘Funeral parlours in Mtubatuba were thriving,' said Tanser.

‘One of the most successful public health interventions ever undertaken has been the provision of combination antiretroviral therapy (ART) to more than 6.2 million people in sub-Saharan Africa.'

The ART scale-up resulted in substantial population-level reductions in HIV-related mortality in many populations and overall is estimated to have saved a total of more than nine million life-years.

In 2013, Tanser published a study in Science which received substantial international recognition. The study found that the HIV epidemic could be reversed through increasing coverage of ART bringing about a decreased risk of onward transmission of HIV.

Tanser’s current study focuses on identifying the extent to which high risk communities are 'the engine room' of the epidemic and may hold the clue to dramatically reducing the rate of new infections.

High risk clusters in the Africa Centre’s surveillance area are located in peri-urban communities along the main roads with young women most at risk for HIV infection.

‘I am convinced we could achieve quite extraordinary reductions in overall HIV incidence if we could stamp out the big fires,’ said Tanser.

Tanser has published extensively in high-ranking international journals including Science, PLoS Medicine, Lancet Infectious Diseases and The Lancet. His work has been cited more than 3 000 times.

He has been a recipient of numerous scientific grants and has received more than R450 million in external research funding to date.