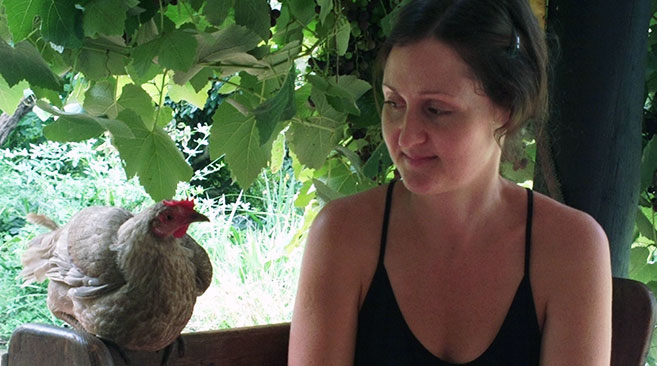 A masters student in the School of Chemistry and Physics Quantum Research Group, Ms Betony Adams, is the runner-up in the international Quantum Shorts competition for her story titled: Dice.

The story plays on Albert Einstein's famous quote: ‘I …am convinced that He [God] does not throw dice’. The judges commended the story for its beautiful writing.

Dice was the favorite of Ms Mariette di Christina, overseer of Scientific American. She said that what she enjoyed most was ‘a story that went about its business with subtlety and elegance and displayed a strong narrative arc’.

Another review described it as ‘wonderfully written, with vivid descriptions’, with Mr Patrick Nielsen Hayden, manager of the science fiction and fantasy line at Tor Books, saying he liked the way in which the story ‘shifts levels and fakes the reader out’.

The annual international Quantum Shorts competition looks for flash fiction stories of no more than 1 000 words which are inspired by quantum physics.

Adams, who completed a Bachelor of Science with Honours in Theoretical Physics and a Master of Arts in English Language and Literature at UCT, began her masters research at UKZN in 2012, centring on the possible application of quantum physics in a biological context, specifically investigating whether migrating birds might use quantum effects to navigate in the earth’s magnetic field.

Adams said she became interested in physics after a very brief look at nuclear physics in high school. ‘It seemed wonderful that there should be so much at work beyond the surface of things, as though I had been given some insight into the secret lives of material things. Instead of taking the world as a given, science demonstrates that things don’t merely happen, they happen for a reason.’

Adams said she was particularly interested in quantum biology because it balanced the strange quantum world with more recognisable things.

She was inspired to enter the Quantum Shorts competition following the encouragement of her supervisor, Professor Francesco Petruccione, who knew of her love of writing.

When asked about the inspiration for her short story, Adams said it was the idea put forward by Einstein in his statement responding to the random nature of quantum mechanics fascinating: the idea that God does not play dice with the universe.

‘It is compelling not because it means the universe is random, but because, for that moment before any act of creation, every potential outcome is still possible.

‘Being named a runner-up in the competition means a lot to me and is encouragement to keep writing,’ said Adams.

Many people had inspired and encouraged her during her academic career.

‘My current supervisors, Professor  Francesco Petruccione and Dr Ilya Sinayskiy, have been invaluably supportive. Dr Sinayskiy is always very generous with time spent answering practical questions and Professor Petruccione encourages a wide and questioning interest in different ways of approaching science. I particularly enjoy being part of the Centre for Quantum Technology which is doing really exciting research and is full of interesting researchers.’

- Christine Cuénod
In This Issue