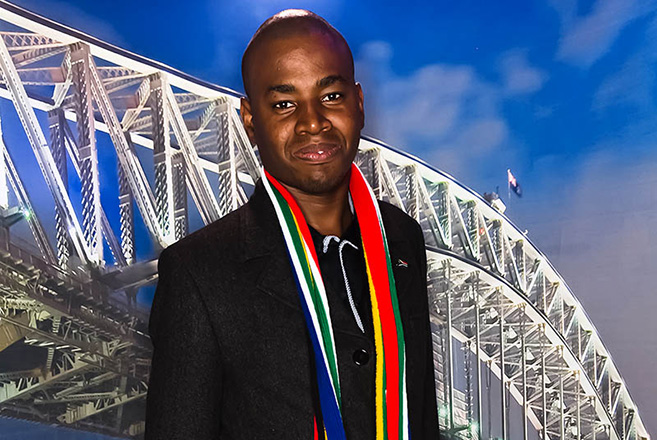 The Summit is a platform for young people from G8 and G20 countries to engage in policy discussions on pressing global, economic challenges and generate innovative solutions which are presented to the G20 Leaders Summit for consideration in their discussions.

Khumalo (30) said being a leader proved to be a huge responsibility with the location of members in different provinces being a major challenge.

As a graduate of Development Studies, Political Science and Public Policy, Khumalo has a keen interest in South Africa’s foreign policy on global issues such as international security, energy security and climate change.

He is currently a member of the Black Management Forum (BMF) Young Professionals and works in the Patents and Designs Unit of the Companies and Intellectual Property Commission (CIPC), an agency of the Department of Trade and Industry in Pretoria.

During the Youth Summit, delegates participate in conferences and workshops with high profile speakers and recognised experts discussing topics such as food security, poverty, sustainable development, and the global financial and international monetary system.

The role of each delegate is to:

·             follow up on policy recommendations and action plans coming out of the Y20 Summit and wider consultations.

Khumalo, who has a disability after developing poliomyelitis as a child, previously worked as a Research Assistant at the Health Economics and HIV/AIDS Research Division (HEARD), a think tank based at UKZN.

He is an advocate of the United Nation’s Convention on the Rights of Persons with Disabilities, particularly as it relates to policies of the South African government as a signatory state.

Khumalo is reading for a Master of Social Science in Public Policy degree at UKZN.