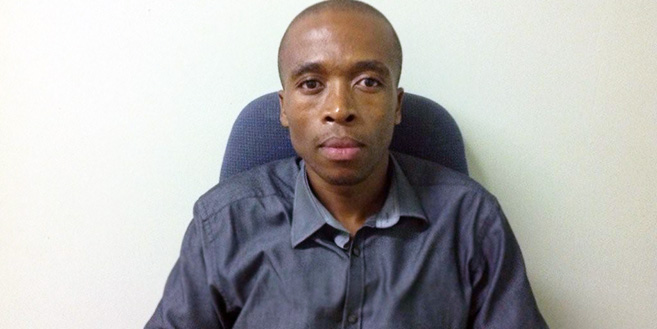 Mr Siyabulela Mkwalo graduated with a Master’s in Sport Science from UKZN.

Study Finds Shortcomings in KZN Department of Sports and Recreation

The government’s Department of Sports and Recreation (DSR) has failed to appropriately implement its policies in KwaZulu-Natal, a Masters in Sports Science thesis has concluded.

Mkwalo, who graduated with his Masters in Sport Science degree from UKZN’s College of Health Sciences, assessed the effectiveness of the DSR with regard to its provision and delivery of sports and recreation services in the province.

The research evaluated Departmental policies with respect to strategies implemented that had affected a number of issues including women’s participation at all levels, access to facilities by all communities, funding models used to support various structures,  partnerships with stakeholders in the delivery of services  and inclusion of people with disabilities on sports and recreation programmes.

The study concluded that, service delivery by providing administrative support to stakeholders; supporting transformation through sustainable development programmes; developing sports facilities and reviving active community participation in sports and recreation were affected by the Department’s failure to appropriately implement its policies.

‘A large proportion of opportunities and efforts to improve the quality of life of citizens still favours urban communities over those based in rural areas,’ Mkwalo said.

He enjoys spending time with his family, participating in any recreational activity and reading different kinds of books.

Mkwalo says he was inspired by his Manager at work, who always encouraged him to study and supported all his initiatives.

Married with three daughters, Mkwalo said his family was very happy about his achievement.