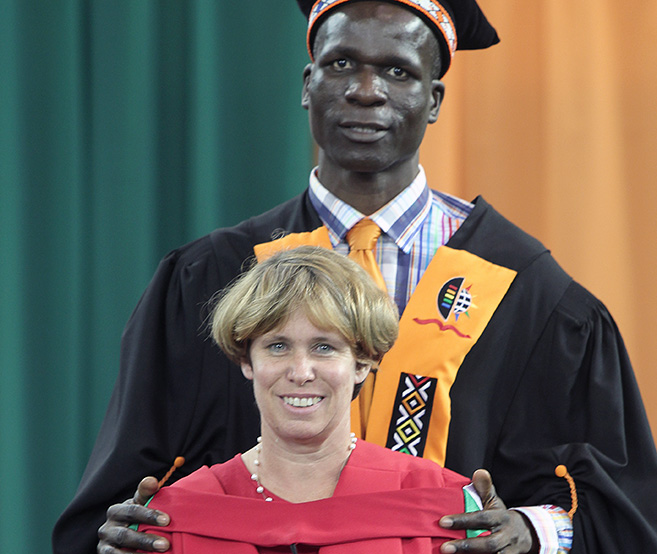 Law academic Ms Ann Strode’s ground-breaking research into the forced or coerced sterilisation of women living with HIV has empowered women to take a stand against this discriminatory practice.

The research is titled: “She Made up a Choice for Me. The experiences of 22 HIV-positive women of involuntary sterilization in two South African provinces” motivated a 28-year-old Gauteng woman to approach the High Court claiming that the Department of Health had violated her rights to bodily integrity as they sterilised her without her express consent during an elective caesarean section

Strode passionately believes that her role as a researcher at UKZN is to produce research that inspires social change. ‘This study has helped me to re-connect with how ordinary people experience the law. I have also seen the valuable role of research in promoting legal and policy change.’

The research was published in the Reproductive Health Matters (2012) journal which is an international peer-reviewed journal based in London. To spread its finding further, Strode and others presented the outcomes of this study to the Department of Health in April 2012.

This resulted in the Department agreeing to add a text box on forced sterilisations explaining that women living with HIV had the same rights as others to reproductive choices and that they should not be coerced into being sterilised. These guidelines were released in 2013.

The Department of Health have agreed to pay damages to the sterilised woman for failing to adequately obtain her consent. ‘The settlement will enable the complainant to obtain further medical assistance including a possible reversal of the procedure.

‘It has worked out well as it is has been a very difficult step for her to take (going to court) as she has not told many people about her situation,’ said Strode. ‘As a woman I was particularly struck by the loss and stigma that the sterilised women felt because they were no longer able to have children.

‘Sometimes I feel working at a University is very lonely as we are so far removed from the day-to-day work in the legal profession. This study has helped me realise that research can have a real and dynamic role in social change,’ said Strode.

- Thandiwe Jumo
In This Issue