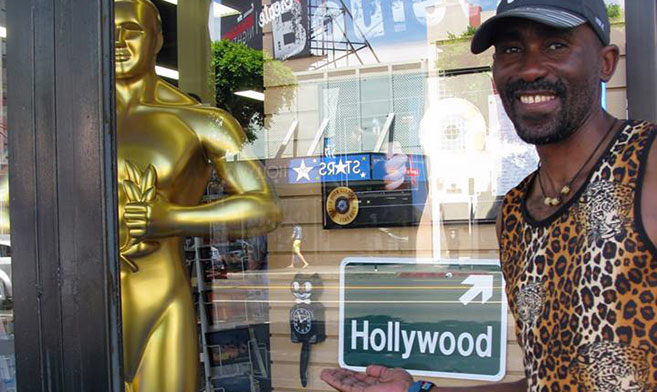 Mr Kwazi Molefi in an exchange programme at Pitzer College in southern California in the United States.

A former student of UKZN’s Humanities Access Programme, Mr Kwazi Molefi, is enjoying his time as an exchange student in the United States.

Molefi is completing his Bachelor of Social Science degree, majoring in Media and Community Development at the Pitzer College in Southern California.

Molefi, a resident of Chesterville, said: ‘I come from a disadvantaged and poverty stricken community so my experience of being at university in the United States will play a pivotal role in shaping my academic life. It will not only develop me as an individual, but also UKZN, my local community of Chesterville, the city of Durban, the KwaZulu-Natal province and the country as a whole.’

College of Humanities Dean of Teaching and Learning, Professor Nobuhle Hlongwa, said: ‘It is exciting to see the access programme having such a positive outcome in the lives of students and also providing opportunities for them to shine internationally.’

A tutor in the programme, Mr Tesfagabir Tesfu said: ‘Kwazi is the kind of person who does not use being from a historically disadvantaged community as an excuse for any shortcomings. Instead he leaves no stone unturned in working hard not only to empower himself but to empower everyone around him.’

Molefi joined the UKZN Access programme in 2010 and was nominated as a class leader. He and other student leaders formed several support programmes, including the Access Students Feeding Schemes, to raise funds.

His resilience was proven yet again in 2010 when Molefi ran the Comrades Marathon between Pietermaritzburg and Durban in aid of the UKZN Foundation with the public donating R10 for every kilometre he completed. He finished the marathon winning a bronze medal.