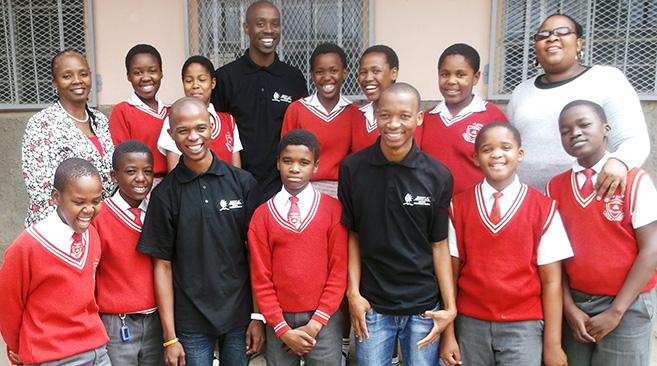 Street life hurts, it’s dangerous and it kills – this was the theme of a programme organised by UKZN at the J. G. Zuma Junior Secondary School in KwaMashu.

J. G. Zuma is a resource-strapped school with more than 90 Grade 7 learners in each classroom.

The programme was the result of previous research by Sewpaul and some of her students into the life circumstances of children and youth living on the streets of Durban.  The conclusion reached was that youngsters often entered the lives of the children and youth far too late.

A video, which clearly depict this message was produced and is being used in schools with the aim of preventing children from leaving their homes and communities and migrating to the streets.

The programme, which is participatory in nature, is run workshop style with the active engagement of the learners in discussing the major concerns/problems in their community; the resources and strengths that exist; who they can revert to for help should they need it, and their views on the potential of the video to help prevent children from leaving home.

‘The engagement and responses of the learners have been very positive. In addition to the community programme, groupwork and individual services were offered as per the needs identified by the Principal and the LO Teacher, who demonstrated a marked commitment to the well-being of learners,’ said Sewpaul.

Regarding the community outreach, Luthuli said: ‘The young learners needed the message and I hope they’ve learnt considerably. The School is in need of such integrative services.’

Ntombela added: ‘The students have assisted me as an LO Teacher and also the learners by informing them about the dangers of street life and factors that lead to it using general ideas and by also attending to the learners’ personal cases. My wish is to have the UKZN Social Work students for an extended time.’